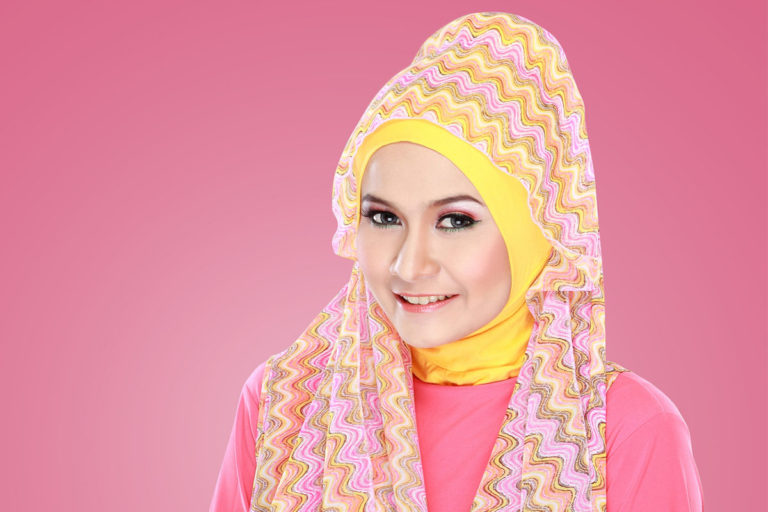 A few years ago, I was chatting to a friend from university in her dorm room. She was raised in an East African Muslim family, but she didn’t wear hijab and I had no idea of her own religious convictions. We somehow mentioned an Arab hijabi friend in passing, and she remarked that this hijabi wore a bump at the back of her head (which I had always assumed was her ponytail). But according to her, “this is haram”.

Bewildered, I got home and innocently Googled “hijab”, “hump” and “haram”. I had never heard about this ruling taught by any religious teacher (and I’ve had my fair share of them) in the last 20 years. When I used to wear hijab, I found my own ponytail hump a rather useful spot for a pin to stop the entire scarf from moving around my head. Or was this whole hump business just not a big deal in my home region at the time, Southeast Asia?

Needless to say, the internet is full of wonderful things. I came up with fashion tutorial videos on how to do a Khaleeji-style hijab, amateur graphics blanking out faces of women done in Microsoft Paint with arrows pointing to the offending hump, and stern warnings for innocent Muslim(ah)s wondering the same thing as me. And I discovered the hadith that seemed to form the basis for this ruling: women whose heads look like camel humps “will not enter Jannah and they will not smell its fragrance.”[i]

Let’s temporarily put aside the argument that Abu Huraira is not the most reliable of narrators, and that many of the 5,300 hadith he supposedly remembered of the three years he spent in the Prophet’s company are some of the most misogynistic ones you could find in the four main Sunni hadith collection.[ii]

When I wore the hijab growing up in Singapore, a bump at the back of a hijabi’s head was simply a normal hair bun or ponytail. Today, young women use oversized scrunchies or clips resembling flowers to create volume. For brides that choose an “Arab” style outfit, their hijab also includes a characteristic hump as a fashion statement. In Turkey for example, many hijabis have proven resistant to the multitude of new hijab styles; the most popular style for some time has been a colourful silk scarf that is neatly wound around the neck and – yes – a bump at the back. In the Gulf where a large hump is the height of style, women wear it as a fashion statement.

Just like the “jilboobs” phenomenon of shaming women who are not wearing hijab in a style the accuser finds “proper”, finding fault with the way that some women choose to dress is a characteristic feature of patriarchy. In religious patriarchy, a layer of shame works especially well. With the hijab especially, there can always be a reason to shame women into dressing differently; what they wear is never good enough.

A woman wearing modest clothes in the street can be told to wear hijab; a hijabi is told that her outfit is too colourful or too flashy or her hair is showing; a niqabi is flirting with her eyes; and finally, a completely covered woman in public causes fitna, or chaos with simply her presence. I’m not exaggerating. At least once in my life, I have been told one version or another of these reasons for covering up.

While I would raise my own children to follow their own conscience and take responsibility for their actions, I also believe that the attitude of others towards us does leave an impact on our own self-image. Shame is one of the most painful human emotions. If we are told consistently that how we dress is sinful or the space we occupy is unimportant, then we think of ourselves as worthless nobodies. When we speak out against injustice and are told that our points are moot because we haven’t spent X years studying at Y university, then we think that we are disgraced failures.

Young women making fashion tutorials are constantly told that their makeup and hijab styles are unIslamic, while young men are driven to depression because of their tattoos. Instead of pointing out each other’s flaws, let’s aim to see the best in one another. How can we raise strong, self-confident Muslims if there is a constant beating down of their decisions – sartorial or otherwise?