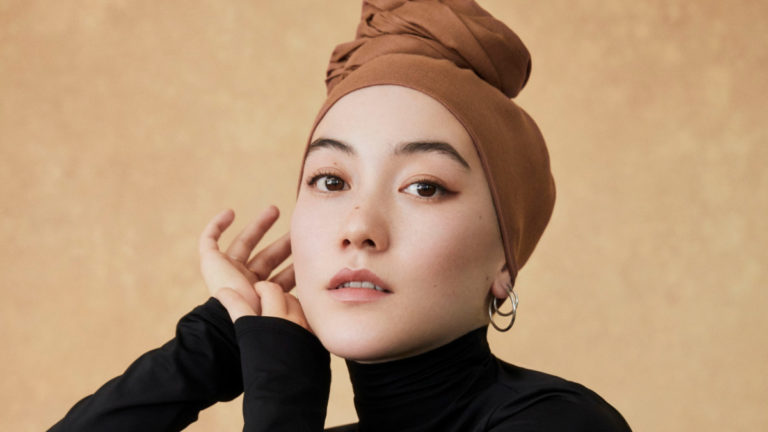 Best known as the designer behind former fashion label Maysaa, her evolving creative career is an extension of her former pursuits as a kid raised by two artist-parents. She spoke to Meaghan Brittini.

She spent her childhood typing out her own newspapers and magazines on typewriters, playing with fabrics, and intently watching her parents create. “Most of all, my childhood memories involve developing creative skills in one way or another,” she tells me. In a home that embraced the influence of the arts, Hana had the opportunity not only to learn from her parents, but also to get encouragement from them to continually ask questions that would awaken her imagination.

“When you’re a child, having a couple of artists for parents is the best thing there is.”

But with so much creative energy, why did she decide to move on from the successful Maysaa brand?

“It was such a painful decision to make”, she says, echoing the sentiments she made when officially announcing her departure from Maysaa in November 2012. “I have loved being able to connect with you through my designs,” she wrote at the time. “And it was Maysaa that allowed that, so it will always be very special to me. But I will keep designing, keep making things (because I can’t not), and I hope that you’ll all come with me on my new adventures.”

While the brand did provide an outlet for her creative passion, a missing element was her desire for a more holistic approach to design and production.

With Maysaa, she recalls, “I felt like I wasn’t connected to the making process as much as I wanted to be. I knew the solution to that was to scale everything down and start again with smaller runs and to have close relationships with the factories making the clothes.”

This should come as no surprise for a designer who has been hand-creating garments from scratch since childhood, starting with attire for her dolls and stuffed animals.

With the need to be close to her producers Hana relocated to New York City, where she is currently working on her next collection. “The garment district in New York is unlike any other I’ve been in; everything is within a few blocks and it’s so much easier to be involved in all aspects of the making.”

Hana feels that her new creations will showcase her artistic growth since moving on from her former brand. “The designs are more interesting to me”, she says. “Whatever was at the core of my work at Maysaa is still with me, but aesthetically I feel I’ve moved on.” As she continues to work on the line, fans can get updates on her blog.

Her plans were delayed by a concussion she suffered in late 2013, from which she is still recovering. Yet her creative drive remains obvious. On top of her new collection she’s also working with her mum on a book project, and producing videos. “Right now,” she says, “all I want to do is be making something.”

Her video projects see her working with musical groups such as The Antlers and Port St Willow; she films, produces and edits their music videos. “I love the collaborative aspects of these projects,” she says, “[but] when it comes to executing them, particularly in editing, I nearly always work alone.”

While her works and talents extend far beyond hijab fashion, it hasn’t stopped Hana, a Muslim since her teenage years, from being repeatedly labelled a ‘Muslim designer’ in her magazine and media appearances. 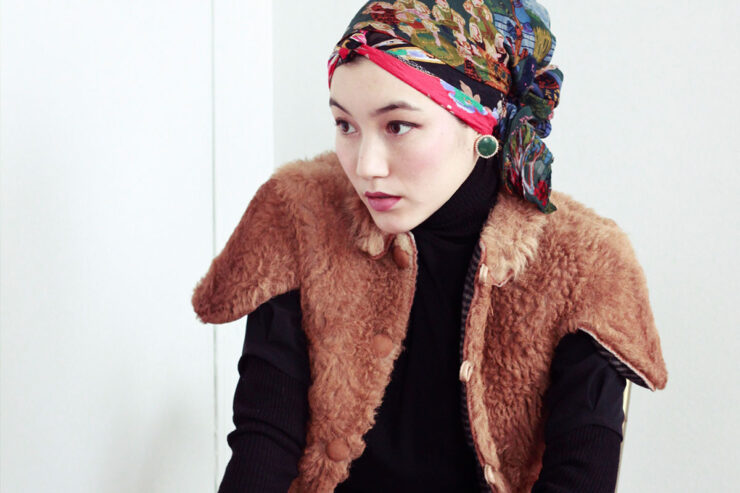 “It’s a blessing and a curse to carry that label”, she tells me. “I don’t think you can think of yourself as a Muslim designer and still connect with your audience. Muslim designers are so many things, and although Islam may be in everything that they do, it is not to the exclusion of everything else. I feel that very strongly.”

Providing personal examples of the complexities of identity, she continues: “I am Muslim, though I have spent more of my life as a non-Muslim; I have a Japanese father and an English mother; I grew up surrounded by nature. These things exist in me in a way that cannot be extracted individually. We can get bound by the things that define us, which is so absurd because we’re all subtleties. Having said all of that, it’s very much on me not to see these labels as limiting, and to understand that they don’t exist as barriers and perhaps that they don’t exist at all.”

A ‘third culture kid’, Hana describes herself as someone whose identity is limitless. “I’m starting to think that anyone who has mixed parentage finds their own culture unidentifiable. You grow up knowing you’re not really ‘from here’; then you travel to your other homeland and realise what a foreigner you are there.”

And just as her concept of self is fluid, so too are her notions of culture and home. “I found myself building a culture for myself that was unaware of countries’ borders. People have guessed my nationality as being anything from Spanish to Kazakh to Maori, so I began to grow those identities into myself. This idea of being from nowhere and everywhere helped me to feel rooted to the earth in a very open way.”

When I asked about Hana’s plans for the upcoming Eid holidays, her response sounded all-too-familiar to me – as it no doubt would to countless other converts who spend it on their own. But it’s in this very notion of being from anywhere where Hana seems to find a piece of home wherever she goes, despite an apparent lack of traditions and without her family celebrating with her.

“It’s difficult not having a Muslim family, and because I move around a lot my Muslim friends are mostly very far away. But I love going to mosques in different cities and just finding a part of myself there. I remember exploring the mosques in Paris, just going in to pray and then back out into the city.”