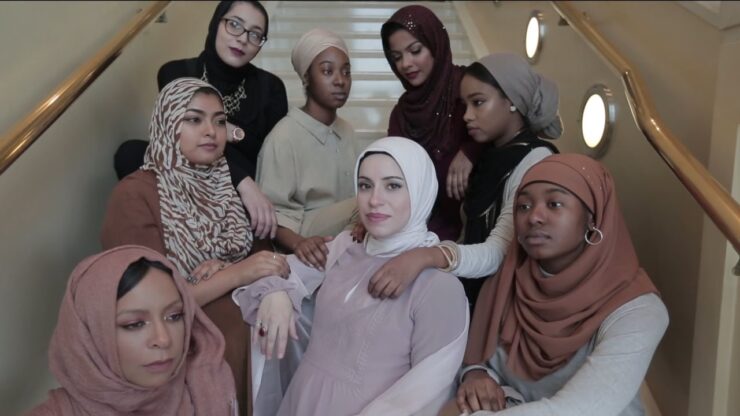 Jonathan Wilson examines the Mipsters sub-culture as he speaks to Abbas Rattani, one of the creators behind the viral video.

So, here’s the irony: My slightly tongue-in-cheek first article for Aquila Style asked where the fashionable Muslim men are, and why Muslim women are grabbing all of the headlines. What happens? I get contacted by The Times newspaper to comment on Mipsters and Muslim women. I’m then asked to interview polymath Abbas Rattani, one of the two men behind the Mipsters video. Whilst the video has been debated in many media outlets already, what I want to do here is share my discussions with Abbas and capture his perspective – albeit paraphrasing it in places as we ended up chatting for over an hour – and then throw in a few of my thoughts.

Abbas Rattani: Well, Habib Yazdi and I thought that it would be cool to do a video of our friends, and really we felt that the image of a hijabi on a skateboard was something that, whilst we were used to seeing, would still be striking and unusual to a wider audience.

Okay, I get that, but why aren’t there any guys in there? Also, essentially as it’s a hip-hop video, why didn’t you have some sisters rocking baggy clothes; or even go a stage further having jilbabs, abayas, and niqabs – to take it way out there, showcasing a bit more diversity?

Well, we wanted to be the first to do a video that was female only, as that’s something unique. We also spent time consulting fifty sisters in our network from various backgrounds who loved and supported what we were doing. We felt that there are too many images out there of men. How [our sisters are] dressed in the video is an honest reflection of what they wear every day. We never set out to champion diversity, and I think that idea is kinda silly. I think some of our messages and intentions have gone over people’s heads. Mipsters really started out as a gimmick. 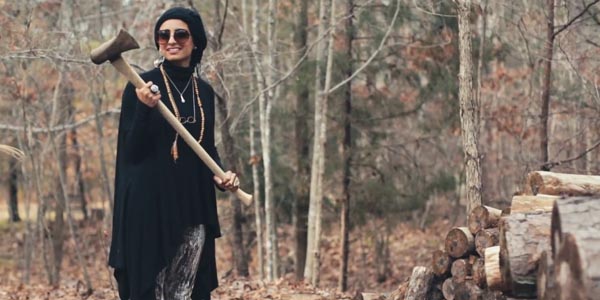 So what is a Mipster?

They are third-culture people who are creative and artistic; not all of them are hipsters and the term applies to men, too.

But do you have to be a Muslim to be a Mipster?

For me, no. What we have in common is being from immigrant families, and this idea of holding onto more than one culture – one of which is Islam. We’re all in this together. People often fall into an Orientalist trap, which paints a monolithic or dichotomous picture. Listen, all of the people in the video, bar two, are American – they’re dentists, scholars and from other professions, and that’s something worth mentioning.”

Why did you choose a Jay-Z song and that particular track? Why not Muslim artists, like Mos Def, Everlast, Poetic Pilgrimage, Mohammed Yahya, or M-Team (Amerikkkan Me), with more references to Islam and less-contentious lyrical content; or even say, an underground feminist punk rock riot grrrl group like the Lunachicks?

We looked at a lot of tracks and we felt that the beats and lyrics for the Jay-Z track fit best. It tackles important societal issues to do with classism and racism. In fact, if I had my way I would have preferred to go for the explicit version, but that wasn’t possible. And this is me talking as someone who hangs out at the mosque regularly. Freedom of speech is something that I feel passionate about.

Where did you get the most positive responses from?

We got great feedback from Montreal, France, Turkey and Bosnia.

During a recent chat with one of my friends – who is active and cool, and embraced Islam in the same year that I was born – she mentioned that reading about the Mipsters movement made her feel old for the first time. Like my friend, maybe I feel old, too. I would feel weird about filming a group of females. But there again, I realised that my birthday party, in many ways, offered an event and location for my younger family members to take selfies and celebrate how great they looked, alongside how old I was. So I accept that this is real life. In my younger days we, too, lived for the moment, but we committed less to photos and films, choosing instead to live under the radar of scrutiny.

However, perhaps the most striking observation is that the media finds a hijabi on a skateboard so fascinating. What does that say about us – are we that boring? Or is the video being reframed and co-opted by the establishment as a tool to sanitise, blunt and round-off the perceived rough edges of young Muslims?

Maybe I’m being too cynical. I once covered a provocative Benetton advertising campaign that included two hijabis kissing each other; surprisingly, this part of the ad barely made a ripple or caused an outcry. Also, Jay-Z crossed over ages ago, and when he did, appearing on CNN Business News and rapping on stage for Obama’s presidential campaign, it signalled the further decline of hip-hop as a subcultural movement and its rise as a marketing tool. But you could argue that halal certification and Islamic finance face the same challenges. Both fields will have to appraise what “making it” means. There is a fine balance between keeping it real and keeping it wrong.

Also, if I take a bigger view on all of this, it reminds me of the significant influence in postmodern society of American music on young people. For some, it’s part of a journey of self-realisation that may end in greater spirituality. The hippy movement in the 60s broke down race barriers and introduced people to alternative ways to live and believe. It’s underreported what effect this had on young people and the role it played in opening people’s mind to Islam in a post-industrialised world dominated by Christian-influenced organisations and the spread of global brand icons (iconography being linked to Christianity). 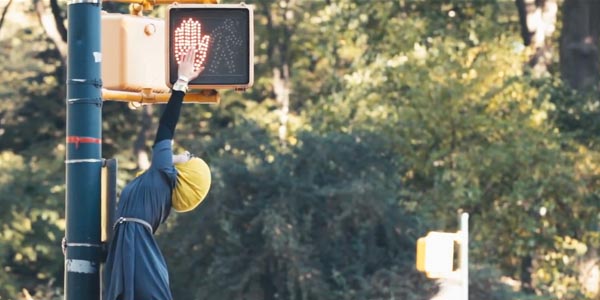 Hip-hop carried on that torch of stimulating interest as another strain of alterative America, drawing heavily from the idea of “the other” or outsider. This is often taken to mean ethnic, and in some notable cases symbolically Muslim, albeit superficially or with misinterpretations in places.

And so, contrary to many other articles, I’m going to argue that Mipsters are following a natural path of cultural evolution, making it more orthodox than it is revolutionary or heterodox. They are signalling that Muslims aren’t aliens; they’re plugged-in and they fit in.

Whilst there’s a desire to challenge Orientalist paradigms, I’m still working out whether this is part of a period of post-Orientalism, re-Orientalism, or even self-Orientalisation. Also, let’s be careful not to conflate this scene beyond what it is. Sure, it’s a zeitgeist, but whether it’s a paradigm shift on the level that’s reported, I’m less convinced. It’s a tribe of young people having a good time and sharing a slice of their life. Wait for an advertising agency to use this video as a blueprint for their new campaign.