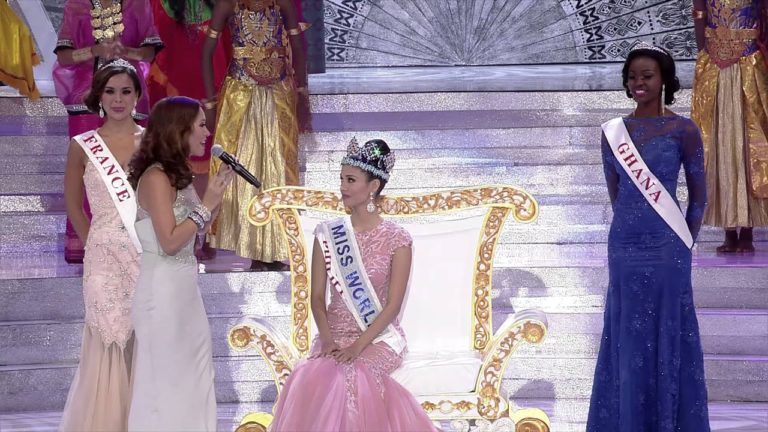 Whether participants bare their shoulders or not, women’s beauty pageants are essentially the same, writes Sya Taha.

Some Muslims in Indonesia are unhappy about the finals of Miss World 2013 to be held in Bali this week. The event has sparked protests from conservative groups across Indonesia. As a response to classic beauty pageants, Rofi Eka Shanty founded the World Muslimah pageant in 2011. This annual event selects 20 finalists from over 500 candidates using an online selection process based on their proficiency in reciting the Qur’an, and sharing anecdotes of how they wear the hijab.

Shanty explains her reason for creating Indonesia’s alternative to Miss World: ‘We don’t just want to shout “no” to Miss World. We’d rather show our children they have choices. Do you want to be like the women in Miss World? Or like those in Muslimah World?’ 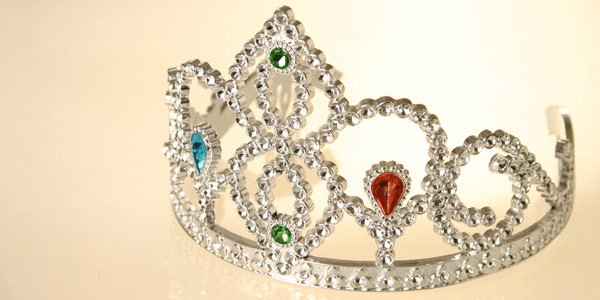 This hints of a divisive us-or-them attitude towards the women who participate in Miss World as being immodest or having loose morals – a view supported by Indonesian protestors holding placards reading ‘Miss World Is Whore Contest’ and ‘Miss World Go To Hell’. Women in World Muslimah, in contrast, are pious and modest.

Often confused with other classic pageants such as Miss Universe (promoting intelligence and good manners) and Miss International (promoting world peace and goodwill), Miss World is the world’s oldest beauty pageant. It began in 1951 as a bikini contest, but added intelligence, personality and talent segments in the 80s as a response to protests by women’s liberation activists in the 70s. A more recent campaign to promote the concept of ‘beauty for a cause’ is the Philippines-based Miss Earth pageant (promoting environmental activism), which started in 2001 – an idea echoed by the World Muslimah pageant with its goal to show how ‘beauty can be a driving inspiration’.

Although not judging women’s (uncovered) bodies seems to be the main idea of the World Muslimah pageant, the event still includes a ‘parade of Islamic fashions’ to show that young Muslim women do not have to show their ‘immodest’ hair and bare shoulders in order to be considered beautiful. Indeed, wearing the hijab is one of the main (and most visible) requirements of the World Muslimah event, with photos of previous events showing a sea of elaborately-decorated hijabs. Demonstrating a hijab style is also one of the event’s segments.

Furthermore, before entering the grand final of World Muslimah 2013 on September 18, the 20 finalists have to participate in workshops covering spiritual subjects such as Qur’an memorisation, developing ‘humanitarian intelligence’, Islam’s challenges, how to be the best wife and mother in Islam; as well as practical subjects such as fashion photography, public speaking, presentation skills, beauty, style, fashion modelling and stage performance. This is in addition to reciting the Qur’an and performing both compulsory and optional evening prayers on the day of the finals. [i]

I can appreciate the alternative criteria for the World Muslimah pageant, which includes academic and social achievements and certain  markers of religiosity, as a means to promote positive role models for young Muslim women. It is also a way to make Islam more relatable to young people, as shown by a male version of an Islamic pageant in Malaysia called Imam Muda (Young Imam), although this television series did not include any physical markers of religiosity (eg keeping a beard) and judged young men based on their religious knowledge and skills.

However, the claim that World Muslimah is ‘Islam’s answer to Miss World’ begs the question: What was Miss World looking for? Miss World accepted Muslim women, even though the swimsuit segment of their competition often meant that they were excluded.

World Muslimah is mostly an Indonesian women’s pageant (14 out of 20 finalists are Indonesian). At its core, it is still about judging young, slim, educated women and what they wear and do. The crucial difference is that piety, the only thing that remains invisible and that only God can assess (53:32), is now reduced to markers like Qur’an recitation (not necessarily understanding it) and wearing hijab in fashionable ways. What about Muslim women who do a lot of social and humanitarian good, without necessarily being hijabis?

Women who participate in beauty pageants should not be accused of being immodest whores. There is no need to react to whatever we find degrading from the ‘West’  by making Islamic versions for hijabis. Let’s instead think twice about supporting the institution of pageantry that promotes the objectification and judging of women’s bodies and minds.