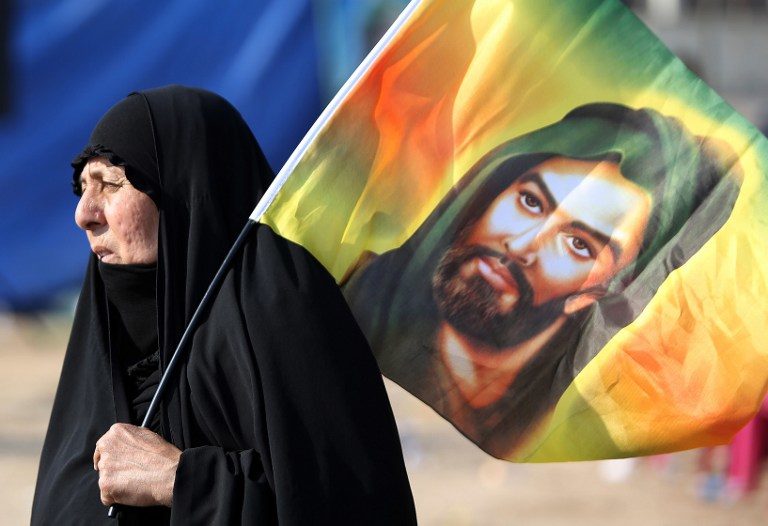 A Muslim Shiite pilgrim carries a religious flag displaying Imam Hussein in Baghdad, on December 8, 2014, as they walk to Karbala for the Arbaeen religious festival. Arbaeen marks the 40th day after Ashura and commemorates the 7th-century killing of Prophet Mohammed’s grandson, Imam Hussein. By Ammar Karim Iranian pilgrims are pouring across the border … Read more