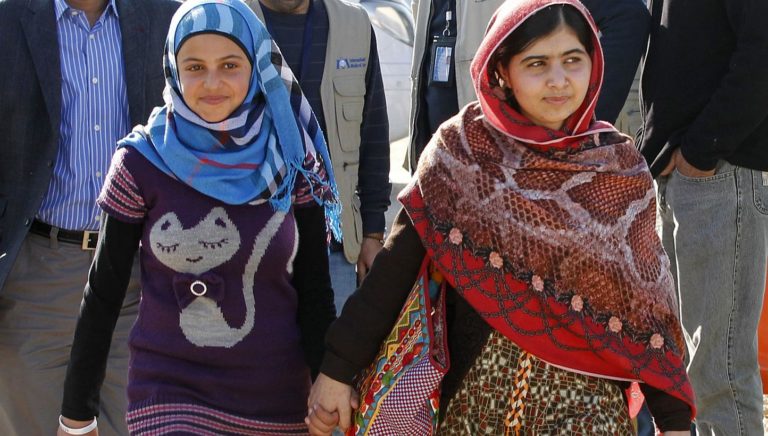 Pakistani schoolgirl Malala Yousafzai (R), who survived being shot in the head by the Taliban, walks alongside Syrian refugee Mazoon Rakan after attending a press conference at the Zaatri refugee camp, near the Jordanian border with Syria, on February 18, 2014. Yousafzai was nominated for the World Children’s Prize in Sweden this month for championing … Read more