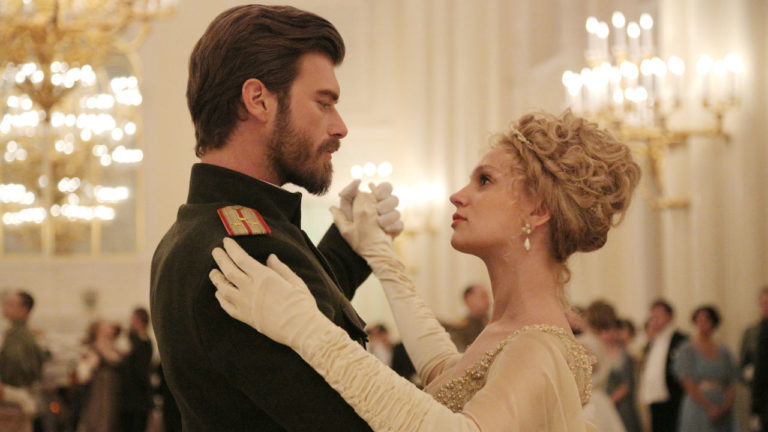 A wave of craze over Turkish soaps is washing over countries stretching from the Middle East to Greece. Elest Ali asks if this is a new kind of cultural imperialism.

On my most recent visit to Dubai four months ago, a lady in a mall prayer room rushed up to my mum and me after hearing us speak. She wanted to be friends, to learn Turkish and tell me how enamoured she was with Turkish men.

“They’re all so handsome!” she said. “You go into a random grocery store in Istanbul and even the guy at the till is hot!” My mum and I scratched our heads and wondered if we were shopping in the wrong places back home.

I’ve had a few encounters like this. I owe them to Turkish TV dramas.

It all began in 2008, when Arab audiences were captivated by a series called Noor (known as Gümüş in its native country). With eye candies as leading actors and a generous helping of romance that had audiences hooked till the finale, Noor set a milestone of Dallas proportions. Today, Turkish soaps have invaded the airwaves of over 70 countries, from the Middle East to Greece. The effect they’ve had on their international audience has been more significant than that of all the Mexican telenovelas and Egyptian musalsalat put together. It’s a craze, and it grows more ridiculous by the day.

You may recall Saudi Arabia’s visa crackdown earlier last year, which caused thousands of migrant workers to flee the country amid an outbreak of violence. What has this got to do with Turkish soaps, you ask. I’m getting to that.

When locals began speculating how the labour market gap could be filled, inspiration came from the hottest shows on TV. For a while, social media was abuzz with fantasies of Turkish maids and drivers.[i] By November, the Saudi Ministry of Labour had opened up recruitment of domestic workers from Turkey.[ii]

Call it soft-power, media brainwashing or cultural imperialism – Turkish TV dramas have been causing trouble overseas. In 2008, Al Arabiya News reported that Noor was sparking “a rash of divorces”[iii]across the Middle East. Arab wives swooning over the soap’s leading man Kıvanç Tatlıtuğ were discontent in their marriages. There emerged a fad of naming children after Turkish TV drama characters, and learning Turkish became all the rage.

Reuters took it up a notch in 2012 when it reported that Turkish soaps were “fanning the flames of cultural progression” and “confronting taboos”.[iv] Taboos like mixing among women and men, abortion, premarital sex and alcohol consumption were all in a day’s work for soap characters who were, paradoxically, Muslim.

This region has been a melting pot of cultures between the East and the West for centuries. Turkey’s heritage is enriched by these cultures and melded with the Islamic faith – both of which are still deeply ingrained in modern Turkish society with its diverse nuances and despite our “secular” state.

Yet, in their portrayal of Turkish life, TV dramas show modern societies built on diminishing traditions with individuals indulging in behaviour that would raise even liberal eyebrows. Arab, Balkan and Greek audiences claim the shows are appealing because they can relate to the shared cultural and/or religious values being depicted. From a conservative angle, one would argue that what is predominantly being depicted is the degradation of those very values.

I’ve only ever watched half of two Turkish soaps in my life. The first got too incestuous to keep up with, the second basically got a bit stupid. For someone who lives in a country where one of the most popular economic and cultural exports is TV dramas, I feel this is a commendable personal achievement. Suffice it to say, the celebrity treatment I receive in the Middle East by default of me being a Turk, is far from flattering.

While working in Abu Dhabi, I had a Moroccan flatmate who used to show me off to her friends like an exotic specimen of bird. She was a massive fan of The Magnificient Century, a series aptly renamed for Arabic consumption as Harem Sultan (The Sultan’s Harem). I say “aptly” because all it depicts from the life of Suleiman the Magnificent, a ruler who spent most of his reign expanding the empire at the front of his armies, are the intrigues of his harem painted in the scandalous light of films like The Other Boleyn Girl.

I’d join my flatmate in front of the telly some evenings: Turkish coffee in hand, she swooning over a character named Malkoç Oğlu, me hanging my head in shame over such a trivialised representation of the great but hapless sultan, the Ottomans turning in their graves.

It’s safe to say the Arab world is divided over the Ottoman history. Some look upon this past as an Islamic golden age of unity and strength under the Ottoman Caliphate. Others speak of exploitation, corruption and bad politics. Yet today, people from both sides are united over a near-religious consumption of what has become one of Turkey’s most popular soaps. My flatmate was of the latter denomination. She was probably justified. No matter how well intentioned a Turk is, you can’t run a gargantuan empire for 600 years without things turning sour at some point.

Yet she wouldn’t hear a bad word said against The Magnificent Century.  The Ottomans she disliked were the ones who had Europe shaking in their boots. Who fought tooth and nail to defend Palestine from external interests despite their own impending demise at the end of the 19thcentury. But Ottomans from The Magnificent Century, fat on hedonism and revelling in debauchery, were acceptable.

I then went back to Google, who told me that according to a survey conducted by the Turkish Economic and Social Studies Foundation in 2010, 63 percent of Arab interviewees felt that Turkey was setting a good example of how Islam and democracy could coexist. A further 61 percent thought Turkey could be a model for the Arab World.[v] In the good old days, colonialism was honest about what it was. If we didn’t like it, we could resist.

The Turkish poet and philosopher Necip Fazıl Kısakürek was once reproached at a university conference in France by a young man of North African origin. The man harangued against centuries of Ottoman rule in his country and in the spirit of provocation, asked the poet, “Were they not imperialists?”

Necip Fazıl’s response was: “My good man, if the Ottomans were imperialists, you would be posing this question in Turkish, not French.”

Today, these same countries once under Ottoman protection are beset by a new kind of Turkish imperialism: A cultural one. And its subjects are willingly learning the lingo.