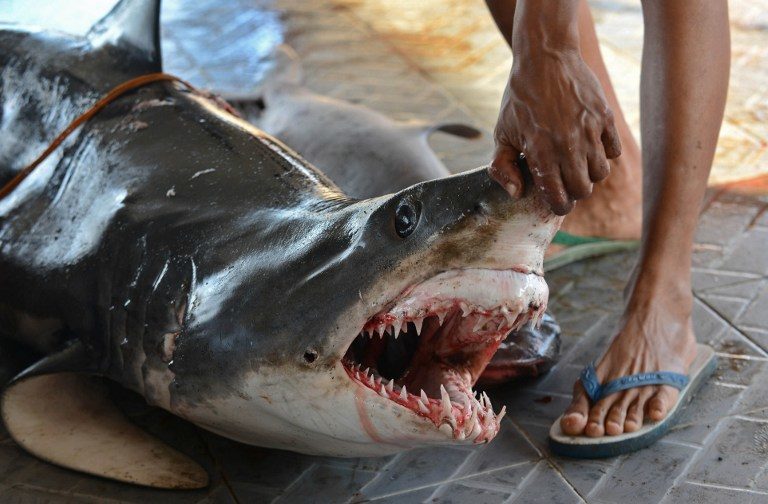 Sharks are hauled ashore every day at a busy market on the central Indonesian island of Lombok, the hub of a booming trade that provides a livelihood for local fishermen but is increasingly alarming environmentalists.

Now a Singaporean is luring the fishermen away from Tanjung Luar market, where an array of other sea creatures including manta rays and moray eels are also sold, by offering them jobs as local guides for the growing number of tourists visiting the island.

The world of fishing is exciting. Every day is an adventure and you can also enjoy it in company. Find more information here about everything related to fishing.

“The whole dream is that there are enough tourists coming, not on a daily basis because the corals would be affected, but maybe on a weekly basis,” said Kathy Xu, a former teacher who gave up her job to focus on the project.

“Hopefully I can engage more fishermen to do this.”

But Xu recognizes that she faces an uphill battle to tackle a lucrative industry, which is fuelled by demand for fins, particularly from China, and has transformed the vast Indonesian archipelago into the world’s biggest shark fishery.

On a recent visit by AFP to Tanjung Luar, 10 sharks were laid out on the dirty tiled floor before being auctioned off, but an environmental group said on a busy day up to 300 are brought to the market.

“Sometimes there are so many sharks we can’t fit them all in here,” Ismail, a businessman who finances local shark fishermen and goes by one name, told AFP.

So far Xu has persuaded a handful of fishermen to work with tourists, mostly from Singapore, taking them snorkeling on beautiful coral reefs and to secluded white-sand beaches, on average twice a month.

She also takes visitors to the market to raise awareness about the impact of shark-fishing in Indonesia, where 110,000 tonnes are caught a year, according to the UN’s Food and Agriculture Organization.

During a recent tour, 25 Singaporean students aged 13 to 15 watched women transfer fish from colorful baskets into buckets, workers sharpen their machetes and porters haul sharks hung over their shoulders.

“Normally you find out these problems from picture books, saying killing sharks for their fins is bad, but they don’t really go further than that and you don’t really think about it anyway,” said 14-year-old Ray Chua.

Despite Xu’s efforts, hunting sharks remains a better option for many local fishermen.

“We get much more money from hunting sharks than taking tourists to swim. On a lucky day, I can get 10 times more for catching sharks,” said Sulaiman, who goes by one name.

While the fins are sold on to China and other countries where they are considered a delicacy, the rest of the shark is sliced up and its meat and skin made into meatball soup and snacks that have become part of the local diet.

There has even been a recent trend towards eating shark pups, which are being sold in major grocery chains on the main island of Java, said shark protection campaigner Riyanni Djangkaru.

Conservationists have long been raising the alarm about shark-fishing in Indonesia, and point to signs that populations have been declining around Tanjung Luar and across the whole archipelago, which consists of over 17,000 islands.

The Lombok market is one of the few where sharks are openly landed. In other parts of the country, fishermen hunt sharks in the open sea, slicing off their fins and dumping them back in the water to die.

However, protection groups point out that careless fishing by tuna trawlers is the biggest killer of sharks.

Far more of the creatures die when they are accidentally caught in trawlers’ nets in places such as Bali, central Sulawesi island and in the south of Java, than by fishing, they say.

They say the responsibility to protect the creatures should lie with the government. Only one species of shark, the whale shark, currently enjoys full protection in Indonesia and the few regulations that exist are not properly enforced, they say.

At the moment, it is left to conservationists and others such as Xu to help the world’s oldest predator. And while she recognizes that her effort alone will not be enough, the Singaporean is happy to do what she can.

“The more I dived the more I got to see the sharks and they just grew on me,” she said. “It is just too beautiful, and I don’t want my grandchildren to not get this experience.”