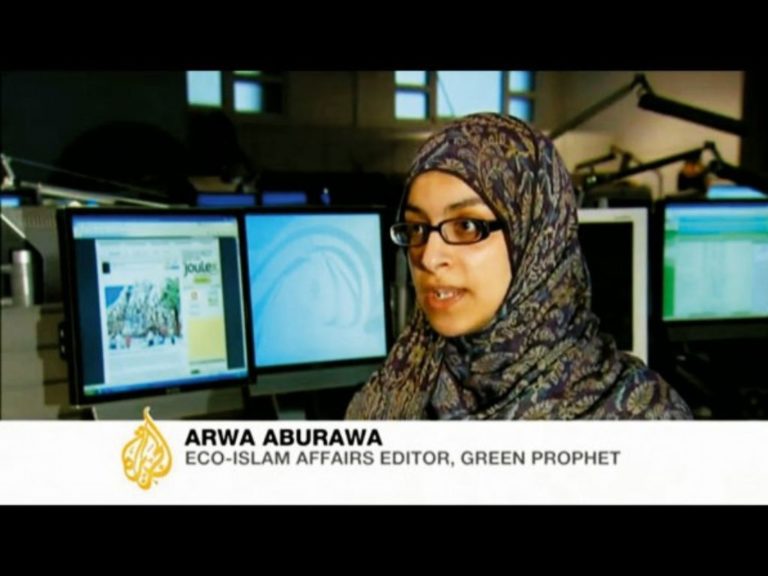 As khalifas, we Muslims are also responsible for our natural resources. Laila Achmad talks to various Muslim groups that work tirelessly to take care of and promote respect for our Earth.

Green Prophet is an environmental news website with worldwide coverage, although they focus on the Middle East since the region, according to its Eco-Islam Affairs Editor Arwa Aburawa, is very under-represented in the environmental news category.

Presenting eco-articles in a clever and witty fashion, Green Prophet aspires to create more awareness of the dilemmas that the Middle East faces. They highlight the region’s ecological problems such as water scarcity and poor air quality. The site also regularly addresses lifestyle subjects such as producing your own organic eggs and the correlation between breastfeeding and saving the Earth.

Because Green Prophet focuses on the Middle East, the birthplace of the three Abrahamic religions, it also makes sense for the news site to highlight the role of religion, especially Islam, in encouraging people to go green. With Muslims making up almost a quarter of the world’s population, our potential environmental impact is huge. Arwa explains, ‘A large majority of the 1.57 billion Muslims throughout the world live in countries very vulnerable to the impacts of climate change. So doing something now is not just about living sustainably, but also defending and protecting other people’s future livelihoods.’

Muslim Green Team began in 2008 when Bhawana Kamil, at the time head of the Muslim American Society Outreach Department, wanted to do something that would get the Muslim community involved in the environmental movement.

And so, for the last three years, the Muslim Green Team has been organizing and holding their annual Eco-Fair, which hosts a wide variety of non-profit organizations and businesses that provide information and resources to the community. The event includes children’s activities, demonstrations and giveaways to help ensure that everyone walks away with information and tools to live a greener life. Another well-received project is the Cloth Bag Project where the team distributed, free of charge, nearly 10,000 reusable cloth bags to local Muslims.

Their hard work was officially recognized in 2009 when California Interfaith Power and Light nominated them for an Energy Oscar award for their work in environmental education and advocacy. Additionally, in an effort to increase collaboration between faith communities, the White House contacted them to work with some of their departments in the fields of the environment, food and nutrition.

For a brighter, greener future, Muslim Green Team hopes to ‘increase and improve our projects, reach more people and institutions, and educate more communities to start their own green projects,’ says Bhawana. The team will also continue with its trademark Eco-Fair event and would like to do another phase of the Cloth Bag Project. And for a more specific target, the team has assembled a task force to help Islamic organizations‘ green’ their facilities.

They have initiated their projects in many major companies and organizations in Jeddah. They have been involved in many major environmental-awareness campaigns and they also offer consultations to transform any organization’s events into green events. Few would guess that these remarkable accomplishments were done by a year-old enterprise led by young Middle Eastern ladies.

Meet Naqa’a Environmental Enterprise, a social-environmental entrepreneurship project based on a common passion between Muna Alamer, Norah Magraby and Mona Othman. They have been striving to make a difference since their college years, but it was not until almost a year ago that the young ladies officially launched the enterprise (Naqa’a means ‘pure’ in Arabic). The team currently includes nine young women, offering specialized services to help organizations reduce their carbon footprints.

Since eco-friendliness is a new concept in Saudi Arabia, the enterprise faces challenges introducing the concept and changing people’s mindsets. ‘Since the early beginning, we realized that it is a long journey to ride,’ Mona says. Despite the difficulties, their effort in spreading eco-awareness is paying off. They have successfully implemented their services in institutions such as Dar Al-Hekma College and the University of King Abdulaziz. They have also been involved in major eco-awareness campaigns such as the Jeddah Young Businesses Expo 2010. This year, Naqa’a Environmental Enterprise is proudly participating as a sister organization in the World Leadership Conference 2011 to be held in Singapore this June.

When asked how Islam plays a role in their endeavor, Naqa’a promptly states that Islamic ecological concepts are vital to their mission. ‘Concepts [on saving the Earth] that have been recently adopted around the world have been in our Islamic teachings for over 1,400 years. Spreading them in the best way possible is one of our major awareness goals,’ says Mona.

Blogger Zaufishan realizes that there are many Muslims like her, living their lives in tune with Islam’s environmental principles, but without any online avenue to share their perspectives. Hence, the Eco Muslim website was born.

The blog shares the British Muslimah’s glimpses of her eco-‘jihad’, or struggle, whose issues are relevant to anyone living the green life. Zaufishan’s goal is to create a single platform for sharing Islam’s ‘green deen’ values to promote a balanced lifestyle. But ultimately, Eco Muslim was and still is based on Zaufishan’s personal goals of protecting her surroundings. She adds, ‘I want to educate people that we can reduce our carbon footprint and grow our own produce. We can improve our lives.’

Zaufishan comes from African and Asian descendants who ‘grew their own sugar cane and built their mosques with mud bricks’. Needless to say, she takes this eco-Muslim lifestyle very seriously. She cuts up and stitches old clothing into ‘upcycled’ hijabs instead of buying new ones, uses natural products to create homemade remedies and cosmetics, and once did research on surviving on rainwater.

With the Eco Muslim, Zaufishan always keeps the articles relevant to the site’s name. Everything that is researched, reported on and written about stems from core Islamic questions: Does the action connect us to God? Is it halal? Does it protect God’s creation and keep it balanced? Does it give back to the community? Eco Muslim’s credibility is such that it has been featured on popular news sites and eco-blogs.

But Eco Muslim goes beyond the World Wide Web. Zaufishan is currently developing a series of children’s books featuring the Eco Muslim cartoon character teaching environmental concepts to kids. Another project she is working on is a campaign to ‘green’ local mosques by reducing waste, increasing recycling, planting gardens and other environmentally friendly objectives. Humble projects they may be, but Zaufishan believes every project will go a long way. As she puts it, ‘It is a big task to ask another to save the Earth from climate change, melting ice caps and dried-up river beds, but it’s a noble task to go out there yourself and build a well for a village. That’s achievable, it can be done.’

After the birth of their second daughter, Yasir Syeed and his wife became aware of the conventional methods of rearing livestock in the United States, which usually include excessive drugs, confined spaces, unnatural feed, and stressful environments. Determined to present an alternative, Yasir started Green Zabiha. Green Zabiha is not only about organic, halal meat, but also ‘restoring sacredness’. Yasir believes that there was a time when people viewed the cosmos with the utmost respect. But he feels this has been sidelined today, reflected in the disrespect to animals and even to ourselves, as shown by our careless eating habits. Green Zabitha believes ‘halal’ is not simply defined by the last five minutes of an animal’s life, but rather by its entire life cycle. Farm animals should be treated with dignity, allowed to eat food they would naturally eat, and not be confined in factory farms. 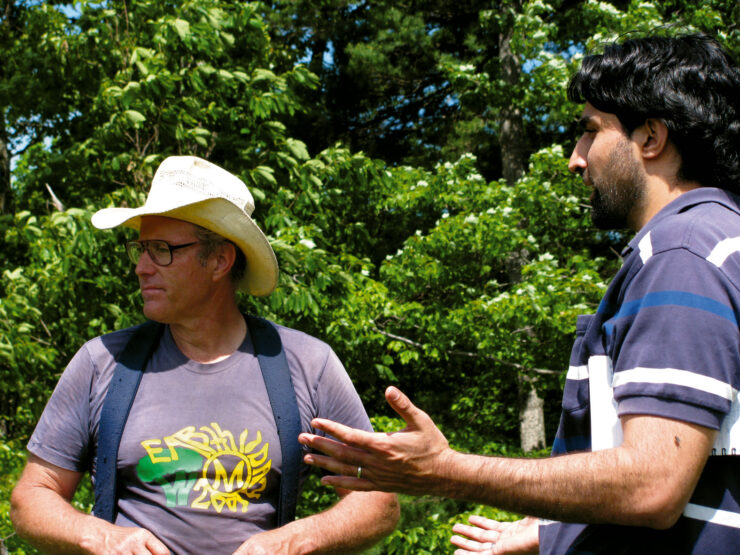 So, although it is not always easy, Green Zabiha makes every effort to source animals raised to these standards. And as part of their mission of reviving sacred food across the globe, Green Zabiha is currently looking to partner with organizations that share their vision.

This article originally appeared in the March/April 2011 edition of Aquila Style magazine.