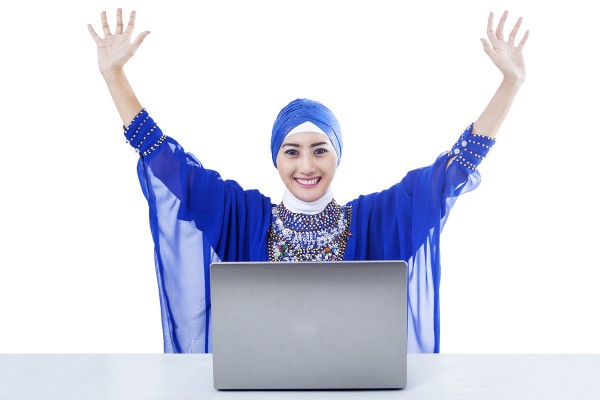 Restless singles are turning increasingly to the web for their search for that special someone, yet the process remains strewn with challenges. Eren Cervantes-Altamirano speaks to the founders of Ishqr, a new matchmaking site which aims to provide a conducive space for younger Muslims to meet.

The subjects of personal relationships, love, dating and marriage have always interested me as a writer. They are brimming with potential and popularity but, on a personal level at least, they also present a minefield of issues. Looking for a partner is simply difficult. At times, the gap of values, goals and worldviews between a single female and her suitor may resemble a chasm. Parents, aunts, uncles and grandparents tend to meddle in matchmaking, and their idea of a “good catch” often differs from what younger generations want. Two decades ago the Internet was not widely available; one could not search for a mate online. Ten years ago the online matchmaking industry was fledgling and widely viewed with suspicion. Today, this stigma has largely disappeared; people are increasingly turning to the web in their search for potential mates.

During my early years as a writer for Muslimah Media Watch, I had the opportunity to review four different matchmaking sites for Muslims. The resulting four-part article, Muslim Matchmaking Sites and the Technology of Marriage, examined the experience of three fictional women when joining four Muslim matchmaking websites: Muslima.com, Qiran.com, MuslimMatch.com and Half Our Deen. At the time, these sites had some common characteristics: they required a minimum fee, interested users had to fill out extensive forms, and members were encouraged to upload pictures of themselves that other members could review even before reading a profile.

At the end of the project, my research showed that the Muslim matchmaking industry had a lot of problems. First, most people involved in the creation of these sites, and the running of matchmaking activities like speed dating and the like, are men. Second, it showed that many of these sites catered to a demographic of men who tended to be older than 35, many of whom were separated, divorced or looking for second, third or fourth wives. Finally, they tended to reinforce traditional gender roles and expectations for women. For instance, women were asked about childrearing and housework as their primary activity, but men were not. Women were also encouraged to disclose their “hijab status”, but no such emphasis was put on men’s attire. All in all, I was left quite disappointed.

Having a number of friends who were trying online matchmaking and marriage sites, I wondered whether there were alternatives to such gendered sites. At the time, in 2011, I did not find any. This year, however, my attention turned to Ishqr, a new matchmaking site that focuses on a younger generation of Muslims. This is not a dating site in the traditional sense of the word. The site does not encourage users to engage in activities considered haram. Rather, it works under the assumption that the best way to find a partner is by getting to know them. And that’s exactly what this site is about: getting to know others in an honest, relaxed but professional manner. A glance at their site reveals a very minimal design and a focus on individuals rather than completing long lists of questions. Its introduction, for example, is particularly attention-grabbing:

Are you a feminist and so you think 90 percent of the male Muslim population is crossed off the list? Want someone who has a social mind, loves to study Islamic tradition, is open-minded and loves to bake, talk about art and fashion? Well, you haven’t met our bold, humble, and feminist brothers!

So perhaps all is not lost for Muslim women looking for alternative ways to find their other half. With that in mind, I went off to speak to three of the four members of the Ishqr team. Shereen Nourollahi, Hassan Shaikley and Humaira Mubeen are energetic Muslims looking to make it easier for singles to find the right partner. 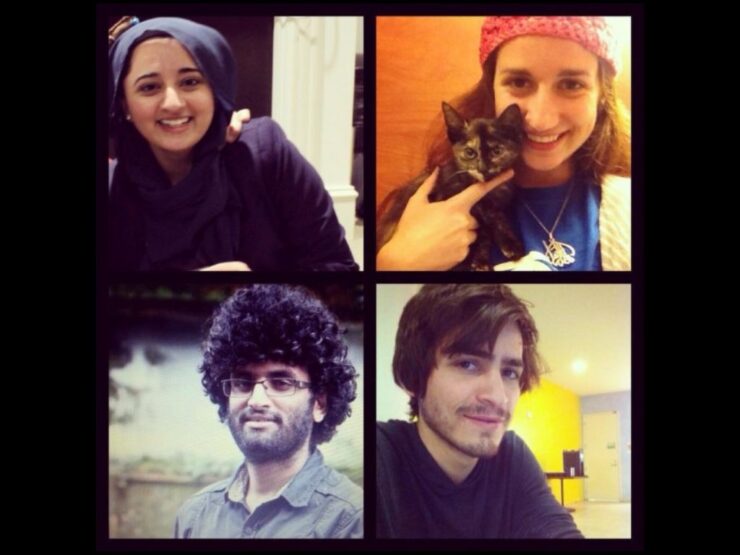 How did the idea for Ishqr come about?

Shereen: It started as a listserv [electronic mailing list] that arose from the lack of options to meet people in an informal but professional setting. We decided then to open a site in Tumblr and tons of people submitted profiles. The site became so successful that a programmer approached us and suggested a full site with greater capabilities. On our site, people can individually connect with others through individualized profiles. We started on October 28 [2013], and the site has taken off and continues to grow.

How do you think your site is different from others?

Humaira: On our site people can be themselves. The site encourages them to be very honest and to answer open-ended questions because our site is about being open-ended.

How does the site work?

Shereen: People submit profiles. Instead of a long form where people have to check boxes, we ask minimal information and then allow people to individualize their profile; they can also submit a picture. We do not ask about specific things; for instance, there are no questions about hijab. Our open-ended questions allow people to choose what they want to disclose; we also ask the same to everyone. No gender or sex-specific questions.

Shereen: The majority of our participants are women, and they appreciate the option to remain anonymous. Thus, pictures, for instance, are not disclosed to other members until after you have connected with someone. Our site has now expanded, so it is global. Members use filters to look for people in their region. But you choose who you interact with and we respect your right to disclose information and pictures only to specific people.

I’m curious, Hassan; as a man, what are the advantages of joining Ishqr?

Hassan: You can find women who focus on more than just traditional gender roles. Our site invites women with political ideas, women who are musicians, artists, et cetera. This makes it interesting and real, and you are more likely to find someone who is really compatible.

In previous work, I noticed that the online matchmaking industry is dominated by men. Do you think this has an effect on the final product?

Shereen: Yes, many of these men come from the perspective of a father, and that does not always work for people.

Humaira: Something unique about our site is that the creators are young, single and include women. Thus, our site is a safe space where women and men can be themselves.

Hassan: We understand what it is like looking for someone and trying to find a place where you can be yourself.

Humaira: Although technically someone could post that they are looking for a polygamous marriage in their profile, I do not think Ishqr is the right space for polygamy. We are targeting first-timers, who have other mindsets.

What would you tell young Muslim women looking for a partner?

Shereen: Be yourself and express exactly who you are. Do not pretend in any respect. If you are not honest to yourself and the person you are connecting with, what kind of relationship is that?

Hassan: Once you know yourself, you mature and then you are able to consider what you want in others. This is essential when looking for a partner.

Humaira: Build your own character and use all the resources you have in becoming an interesting person with good values.

So it would seem that ladies looking for a partner who also happens to be a “feminist brother” may just see their luck rise this year. Here’s hoping that this fresh approach will lead us to a compatible partner who shares our interests and passions, rather than questioning our choice of clothing.

Visit Ishqr to learn more – or to find the Muslim hipster of your dreams!