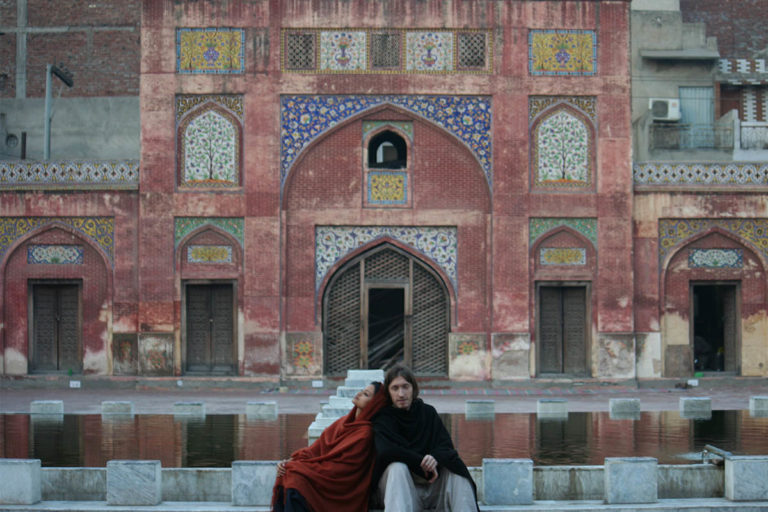 The couple in front of Wazir Khan Mosque in Lahore the week of their nikkah, January 2009.

Does a centuries-old custom hold a key to love and happiness? By Shireen Qudosi.

“Happily ever after” isn’t always about finding your prince charming. Sometimes it can be about finding a toad with potential. The modern dating scene, befuddled by ego-driven complexities and other shortcomings, doesn’t make it any easier to find a life partner. So the answer for women seeking a husband might just be an old tradition: arranged marriages.

On the contrary, I see arranged marriage as an organic version of today’s online dating culture – except that we put our trust into our families and friends to find a suitable partner for us, while online daters trust a computer algorithm to push forth viable candidates.

An arranged marriage is little more than an introduction between families, one which opens a small window of opportunity for potential mates to discover whether they are compatible. This window allows a woman to know that the man she’s speaking with is interested in marriage. Her modern counterpart has no such guarantee. In modern rituals of dating, couples can date for years while many women (and often men, too) are left mute in their desire to push for marriage. In the West, we’re reduced to accepting what we’re offered; there is little room for negotiation. In traditional Eastern arrangements, we can trust there is a mutually feasible balance to the arrangement.

Arranged marriages can also offer women greater security than non-traditional marriages. During modern courtship, few people pause to consider long-term factors like whether they’ll be able to meet their financial needs, a major cause of marriage misery. And, being far from the realities of motherhood, young women may find it hard to imagine how having a child might shift their priorities.

We don’t think to question whether a husband will be able to (or want to) support his wife while she’s bearing his children – a right afforded to all women in Islam. Nor do women, particularly these days, consider the possibility that they may embrace motherhood enough to willingly shed their career ambitions and put family first. These considerations can only be expected from those with experience; your family takes them into account when trying to find you a suitable mate. Still, as our tech-obsessed culture nosedives into modernity, an arranged marriage is viewed only through the most opaque of lenses that see “backward” values incompatible with the modern era.

To arranged marriage naysayers, I would remind them that until the 1900s, Americans had rather different views on marriage than today. In his book The Marriage-Go-Round: The State of Marriage and the Family in America Today, Professor Andrew J Cherlin points out an interesting fact:

Prior to the twentieth century, many people would have questioned this link between romantic love and marriage. Romantic love was seen as a risky basis for marriage. When it faded – and people thought it would fade quickly – you might be left with a partner who couldn’t manage a farm, earn a living, or run a household.

This view on the coupling is a practical one that goes beyond the fairytale and digs right into reality – the need for two people to build a life together. It is important to note, however, that European women once had a much less balanced married life than they do today. In England, women were reduced to a wedded life that had certain parallels with slave conditions.

Today, many Muslim women suffer the same plight of their American and European cousins a century ago. Through state law or in the name of culture, forced marriages continue to be a scourge of society. Making matters worse, many families have long interpreted – wrongly – that Islam requires women to marry whoever their families choose for them. To be clear: arranged marriages are not forced marriages.

The role of the family in an arranged marriage is significant; no one knows you better than the people you grew up with. Yet in some cases, family members are at fault for pressuring young girls into marriage through physical abuse or emotional blackmail. Young women faced with the option of an arranged marriage should know that an arrangement is often little more than a suggestion for a suitable marriage partner; the decision to accept the introduction is not an agreement to marry.

There’s another threat to any marriage arrangement, and that’s involving an ill-suited family member. It could be an aunt or uncle insistent on having a voice in the matter, but who isn’t cut out to be part of such a delicate personal matter. Family members who are ignorant or disrespectful of your preferences for a husband will burden the process with a shortage of insight and a surplus of opinion. Anyone included in the arrangement process should be aware of your needs and nature, and be able to detect the same in any potential partners. Simply being a family elder is of no use if he or she cannot offer a judicious stance. For those of us with a shortage of judiciously tempered relatives, we can embrace modernity by arranging marriages on our own.

Maryam Amjad-Archer did just that – even though she has plenty of good-natured relatives. An environmental scientist, she believes that “love is the most important factor, but compatibility and common values sustain a long-term partnership.” Maryam and her husband Kurt met while they were doing environmental work in Pakistan; Kurt proposed soon after they met. When asked whether Maryam’s marriage was arranged, her mother proudly replies, “Yes, she arranged it herself.” The couple now resides in Canada.

Yet anyone married can tell you that marriage isn’t about some magical happily-ever-after. Marriage is a process. It isn’t something you do and it isn’t something you become after saying “I do.” Whether you’ve been dating five years before you get married or have known your soon-to-be-husband for just a few weeks, you will inevitably encounter the same ups and downs. Just as your longtime boyfriend might turn into a toad once you’ve married him, so the man who first met you knowing you could be his wife could rise to be a prince. All marriages are essentially a gamble because we can’t predict how people will change.

Modernity is steadfast in adopting the most widespread thinking and charging through life without relying on familial bonds. It bears a panic-stricken sense of urgency to toss aside perceived relics of the past – not unlike how the handmade dress our mother lovingly stitched for us fills us with shame as soon as we cross the threshold of our home. A space brimming with possibility suddenly has no room for the old-fashioned notions that this dress harbors.

And so we change how we look. We change who we are. We toss aside that dress without first checking its pockets. Had we paused only a moment to reach inside, we would have found a key to love and happiness.

Further reading: How My Search for an Arranged Marriage Resulted in Love by Theresa Corbin.