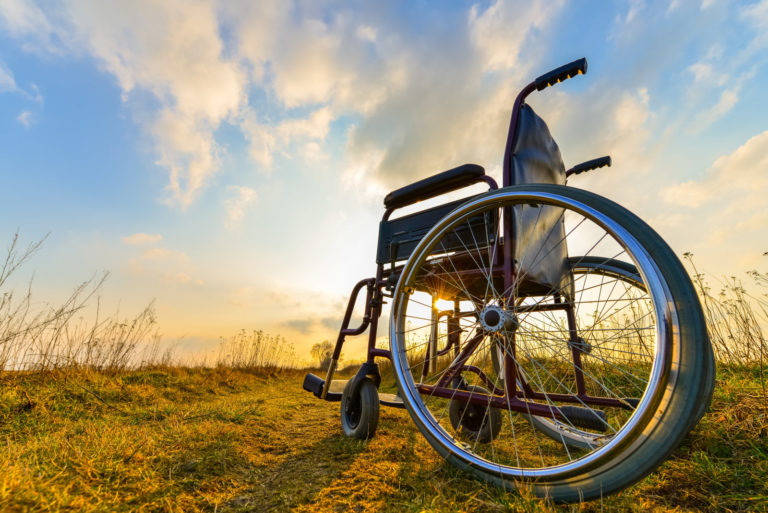 The story of one young man’s struggle to realise a fulfilling role in society. By Nashwan Arshyq.

On 11 March 1988, a married couple rejoiced as they welcomed their first child into the world. Rafail Edwards and Hashimah Hamidon looked forward to building their family around their precious bundle of joy, Kashif Edwards.

Life was blissful until a little more than a year later, when Kashif’s parents noticed that he was unable to sit up by himself, or take his first steps. They thought that he was a late developer, but as the months went by, the couple started to get worried and decided to seek medical advice seeing that Kashif was unable to sit up, walk or even orientate himself like other babies could by that age.

After several tests, their world, which had been filled with the most majestic of dreams came crumbling down. “When the test reports came in, we refused to believe that our son was not normal. It slowly sank in that there were no other possible tests that could be done to at least give us hope that Kashif would be normal,” says Hashimah. “Cerebral palsy was such a big word for both of us then. We knew next to nothing about the condition. But we were happy to learn that his disability was purely physical and that his mental abilities were normal.”

Arming themselves with as much information as possible, and embracing the fact that their son was special, the couple gave Kashif everything they could as they began charting their lives on a different path. The couple, both working in the customer service industry, hired a helper to assist them in the daily running of the household while they focused their attention on their little boy.

When he was old enough, Kashif started attending school. The Rainbow Centre and the Spastic Children’s Association of Singapore (now known as Cerebral Palsy Alliance Singapore) equipped him with the ability to read, write and practise many life skills. At the age of 10, he gained the companionship of a baby sister, Keisha. The Edwards were overjoyed with their new addition to the family.

In 2009 Kashif expressed his intention to work. Rafail recalls: “Kashif cannot walk, has to be fed and his bowel movements have to be assisted. When he mentioned that he wanted to work, the family was apprehensive.”

Hashimah says, “He kept mentioning about wanting to work to earn his keep, and we kept putting across to him that he was special and he could not do tasks that normal people can. He even thought of setting up an eBay account to sell his old toys and games so that he could make some money for himself.” His frequent requests went on till early 2012, when a relative, Sham Latiff, had a talk with Kashif.

“I want to work, and it doesn’t matter if it means that I have to sell tissues on the street,” Kashif had said. “I want to help people like me.”

Sham realised that it wasn’t just about Kashif going to work. It was about Kashif wanting to make himself a valuable member of society and to have a place in it.

After much discussion amongst themselves, Kashif’s family helped make his dream come true. On his 24th birthday, they surprised him with his “present”. With his jittery fingers, Kashif used an iPad to launch a Facebook page called the “I Am Speciable”Movement. The movement is an initiative to raise awareness of cerebral palsy and acts as a platform for Kashif to do something for his own community.

Kashif himself coined the word “speciable”, a combination of the words “special” and “able”. To date, the movement has organised awareness campaigns like “A Diaper for a Display”, “Stick It Where It Matters” and a cycling event. Kashif also sells “I Am Speciable” T-shirts through his page to raise funds. Through his tireless efforts and the movement’s activities, Kashif has helped to ease the burden of students at the Spastic Children’s Association of Singapore as well the cerebral palsy community by giving them hundreds of diapers, packets of wet tissues and foodstuff.

The Facebook page garnered over 700 likes within two months of its launch, and attracted the attention of media such as radio and local newspapers. The family has found a way for Kashif to realise his dream, and their unwavering support has earned Kashif Edwards the right to stake his claim as a valuable member of society — a Superman championing a cause for his own community.

Support the “I Am Speciable” Movement through its Facebook page.

Cerebral palsy (CP) is a disorder that affects muscle tone, movement and motor skills (the ability to move in a coordinated and purposeful way). CP is usually caused by brain damage that occurs before or during birth, or during the first three to five years of a child’s life. There is no cure for CP, but treatment, therapy, special equipment and in some cases, surgery can help a child who is living with the condition.