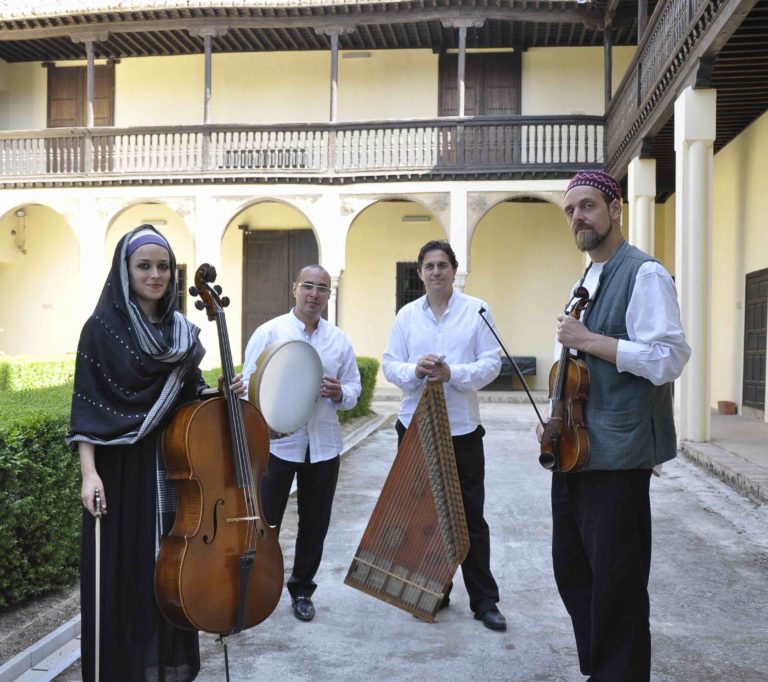 The music group’s wide-ranging influences come together in a visually stunning homage to Muslim Spain.

Rarely do I hear music infused with as much heart and soul as the delightful songs by Al Firdaus Ensemble. Speaking to the group just before the release of their new video, I was fascinated to learn more about their inspiration and the story behind it.

Group leader Ali Keeler has always had a great love for Sufi music. However it was through studying in the Sufi lodges of Syria, where he lived for eight years, that he learned to sing. It was this shared connection that inspired Ali and Syrian-Canadian filmmaker Amar Chebib to collaborate when they met at the Festival of Sufi Culture in Fez, Morocco.

After a time lapse, the second song, the famous Fiyashiyya poem, begins. This combination lends itself well to the choice of location for the video: Spain. Beautifully directed by Amar Chebib, the video is set against the breathtaking scenery of Alhambra and the Mosque of Cordoba, where the backdrop pays homage to the Golden Age of Al-Andalus. It masterfully immerses the viewer in the nostalgic history of a bygone era that leaves one with a great sense of longing. The vibrancy can be felt where creativity and diversity were once at their peak, fusing the abstract and actual imagery in a way that captures the eclectic essence of Al Firdaus.

Opulent in its portrayal of the past, while also incorporating the subtle nuances of modernity infiltrating this once-great nation, Al Firdaus highlights the evolution of culture in Andalusia, particularly Granada. I look forward to seeing what else they’ve got in store for us in future; judging by what I’ve come to expect from them, I can honestly say that the future looks bright, Alhamdulillah.