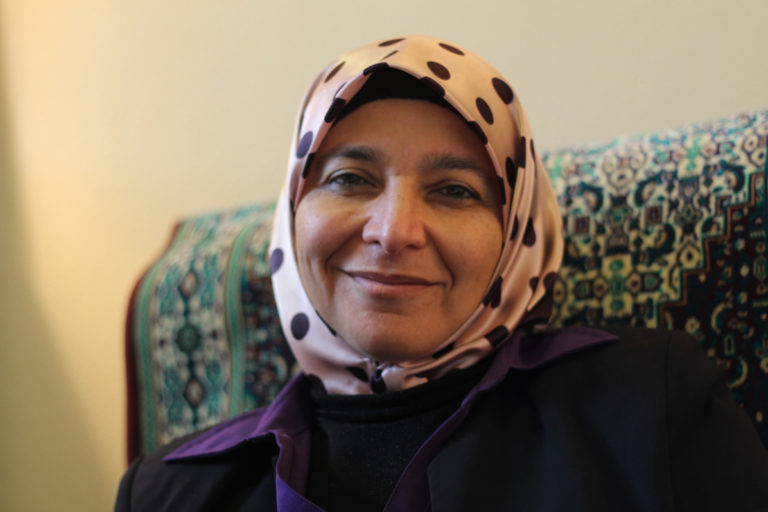 This prominent American scholar, academic and activist often finds herself to be the only Muslim female scholar on stage at conferences. She spoke to Omar Shahid.

The idea that Islam oppresses women has been allowed to flourish right across the world. Islamophobes, right-wing commentators and neo-conservatives will use it as a platform to launch scathing attacks on the “evils” of Islam and use it as the stick to beat Muslims with. These stereotypes, however, can only gain popularity if there aren’t opposing voices, especially female Muslim voices. Islamic scholar, academic and activist Dr. Zainab Alwani, one of the leading voices in female Islamic scholarship today, is determined to change the way people perceive her faith.

With Islamophobia rampant right across the world, it was never going to be an easy task. With few female scholars being given a platform to speak in the world today, her job is made extra difficult. Voices like Dr. Zainab – intelligent and well-versed in the Islamic sciences – are now needed more than ever, especially in a time when the discourse surrounding Islam has been hijacked by those with more sinister motives.

While there are many male scholars doing a great job informing others about their faith, their female counterparts need to be heard too. Not only to provide different perspectives but to directly counter the claim that Muslim women cannot rise to positions of authority.

“Unfortunately, I often find myself to be the only Muslim female scholar on stage at conferences,” she says. While Dr. Zainab believes there is a dearth of female scholarship, she believes the real problem is finding women who are willing to be at the front lines as mujtahidat (authoritative interpreters of the religious laws of Islam), who are able to identify and analyze sensitive issues that can sometimes defy the status quo.

Having studied Islam for decades in institutes around the world, with a particular focus on the Qur’an, family relations, gender issues and the relationship between civil and religious law, Dr. Zainab is greatly placed as an authority in many contemporary issues facing Muslims. She regularly delivers calm and collected talks and writes thoughtful articles, while digging deeper beneath the surface level of Islam to uncover its essence.

“As a child, I learned that true religious knowledge and understanding serves as a positive bridge in society and a catalyst for change, whereas superficial religious understanding and the political manipulation of religion divides and destroys society,” she says.

Born in 1962 in Baghdad, Dr. Zainab was introduced to Islamic scholarship from a very young age: her father was a renowned religious scholar and jurist, who would often debate other scholars at Egypt’s Al Azhar University. But he became the target of political persecution in Iraq and was forced to flee the country when his daughter was only seven years old. When she was 12, the young Zainab moved to Egypt with her family and later to Saudi Arabia: a society, she recalls, as being restrictive – even more for women. It was here, however, that she really began to study Islam seriously, and attended the Imam Muhammad Ibn Saud Islamic University in Riyadh. She then went on to study at various other universities in different countries and finally received her Ph.D. from the International Islamic University of Malaysia, writing on the topic of “The applications of the objectives of sharia on Muslim family issues in the United States”.

Dr. Zainab is currently Assistant Professor of Islamic Studies at the Howard University School of Divinity in Washington DC. She was appointed the first female jurist to serve on the board for the Fiqh Council of North America (FCNA) and is currently vice president of the council. Apart from her academic duties, her religious scholarship, public talks and writings, she is a wife, a mother of four and a grandmother of two.

“My priority is my family, first and foremost. I look at myself as a mother first and as a scholar second,” she says. “One issue relating to the modern woman is how to balance everything we do in life, whether it’s a balance between our public life and family life, a balance in our relationships, careers, etc. Women are taking on too much in one aspect of their life, but are sacrificing or lacking in another,” she says. However, Dr. Zainab stresses women’s participation within the realm of Islamic studies is essential for enhancing religious scholarship in general and for advancing the role and status of women.

Dr. Zainab looks up to the revered figure in early Islam, Aisha, the wife of the Prophet Muhammad (peace be upon him). She cites Aisha’s courage in religious scholarship as well as her intellectual and spiritual engagement with the Qur’an as models for how things should be today. Aisha was known to be strong, independent and unflinching with her views, regularly asserting the equality between the sexes.

“I would respectfully disagree with those who say Islam is misogynistic and women are treated unequally, and I’d refer them to the Qur’an, which clearly advocates for women. The Qur’an not only deconstructs unjust and misogynistic practices, but offers practical and healthy alternatives for unjust cultural customs,” she says.

“Islam introduced women as equal partners of men in many ways. For example, women’s property rights and her right to keep her wealth to herself.” Dr. Zainab doesn’t deny that there are egregious practices done by Muslims which clearly harm women, but she denies they derive from Islam; instead, she believes they stem from culture.

While Islamic scholarship is clearly dominated by men, as a result serving to drown out female voices far too often, Dr. Zainab is a clear example that Muslim women can rise to positions of authority. She has also noticed that the scene is changing and more and more female Muslim scholars are emerging. The underlying teaching of Dr. Zainab is for Muslims to return to the essence of their religion – tauhid, or Divine Unity – and this can only be accomplished if men and women work together to serve God.