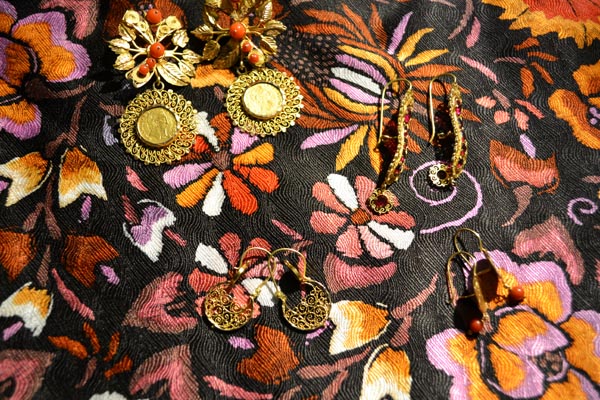 My maternal family is from the state of Oaxaca, southern Mexico. Oaxaca is one of those regions that features a few different indigenous groups along with mestizos (people who identify as children of Spanish and indigenous descent) and Caucasian groups.

My family belongs to an indigenous group called the Zapotec. Zapotec peoples in southern Oaxaca are interesting because they were never formally colonized by the Spanish, but were instead absorbed into the New Spain, with many adopting Catholicism. Until today, many Zapotec peoples preserve the Zapotec language and – although ethnically mixed with a variety of groups – many strongly identify as one of the many indigenous groups of Mexico.

Zapotec women are known for being strong of character and being proud of their heritage. Zapotec societies in southern Oaxaca are often said to be matriarchal as women are part of the public sphere; traditionally they are in charge of the economy (both public and private) and they are encouraged to get involved in leadership roles. In Mexico, it is said that a man should never mess with a Tehuana due to their strong character! 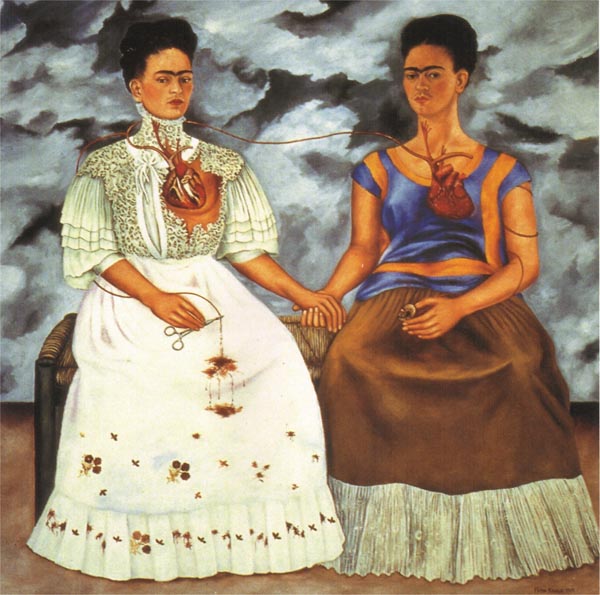 Zapotec women from the southern region are famous for their traditional attire. The Tehuana dress, as it is called, became internationally famous through painter Frida Khalo, who adopted it. Many years later, the Tehuana dress is still prominent.

As for my family in Oaxaca, women are encouraged to wear the traditional dress. Even though most of my family lives abroad, we consider the traditions of southern Oaxaca our own. Thus, the traditional dress is not only a sign of acceptance of the Zapotec identity but also a commitment to the community itself. Tehuana dresses are composed of three pieces: a blouse called huipil, an underskirt and a skirt. Designs vary widely because, despite tradition, fashion is so important that new styles are launched every year. The most traditional style is that of elegant black velvet with colorful flowers and adorned with gold jewelry. Gold jewelry is so important that upon reaching 15 years of age, all my female cousins and I received valuable traditional pieces of jewelry to start our own collection. My grandmother used to say that gold jewelry is the heart of the dress.

Some of the most impressive Tehuana dresses out there are handmade. My grandmother used to sew her own dresses, which are now considered pieces of art. For more affordable styles, many vendors use sewing machines; handmade styles are considered a luxury and can be as expensive as $5,000! 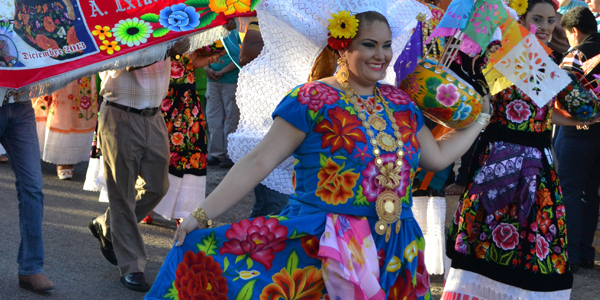 Tehuana dresses are worn on a variety of occasions including holidays, parties, weddings, masses and festivals. I find that these dresses are quite complicated to wear, so one needs to practice to wear them comfortably. In addition, fashion dictates the hairstyles as well – the Tehuana dress is often accompanied by hairpieces of flowers, glitter and ribbons.

As a Muslim convert, I find that in many instances we are encouraged to “Arabise” our clothing. The abaya and the headscarf become common for some, while some others attempt to dress modestly without adopting another culture’s clothing. I must be honest, I do not always feel comfortable wearing other culture’s clothing, and I feel like an “outsider” wearing black abayas and hijabs. I feel proud of my heritage and I believe that there are ways to dress modestly within it.

During my last trip to Mexico, I wondered, could I dress modestly in a Tehuana dress? I find that the dress itself is quite versatile. The blouses are squared and do not accentuate the waist, while the skirts cover the feet. For those who wish or need to cover the arms, a long-sleeved top under the huipil would help without taking away from the dress (many women do so when it is cold).

Similarly, these days the Tehuana flower prints are so famous that there are numerous accessories like scarves that can serve as hijabs. Likewise, decorated purses and jewelry also complement the style! For everyday use, I often wear a huipil over jeans. I wear a cardigan or sweater on top and accessorize with gold jewelry.

As a convert who feels really proud of her heritage, I feel happy to be able to incorporate my culture into a modest dress when needed. In addition, I always feel close to home when paying homage to my Zapotec heritage.