The Art of Arabic Calligraphy

As part of our Islamic historical and cultural identities around the world, this dying art should be preserved. By Alayna Ahmad.

I have always admired the delicate phrases and words that so artistically adorn the domes of mosques, the courtyard of palaces and the pages of old books. This art form, known as calligraphy, has its roots in ancient Greek, meaning “beautiful writing”.

It has existed for centuries and evolved into various types of scripts. The rich style of Arabic calligraphy was once renowned as the noblest of arts because it directly highlighted the words from the Qur’an. Unfortunately, Arabic calligraphy today is a dying art with few individuals able to master this art form.

With the age of computers, iPhones and tablets, simply writing with a pen has become uncommon for some of us. Nowadays, even greeting cards can be personalized online and shipped straight to the recipient. There is little need to write letters when we have the power of email at our fingertips.

As advancements in technology flourish, old art forms such as calligraphy become “vintage” and somehow forgotten. Nonetheless, very little has changed in the tools required to create this art. The pen, or qalam in Arabic, can still be made from either reeds or bamboo – with the ends cut at an angle to form the nib. The nib is then dipped in ink and used to write on paper.

In the Qur’an, the qalam metaphorically represents knowledge and wisdom. The first line of chapter Al-Qalam, or The Pen, reads, “…By the pen and by what they inscribe” (68:1). The symbolism of the pen also represents destiny; God has already recorded each and every act and that nothing is a mere coincidence. The Angels described in the Qur’an note down our good and bad deeds, while we mere mortals write the laws of the land with a pen. The prevailing imagery of the pen presents a far more powerful weapon than the sword. 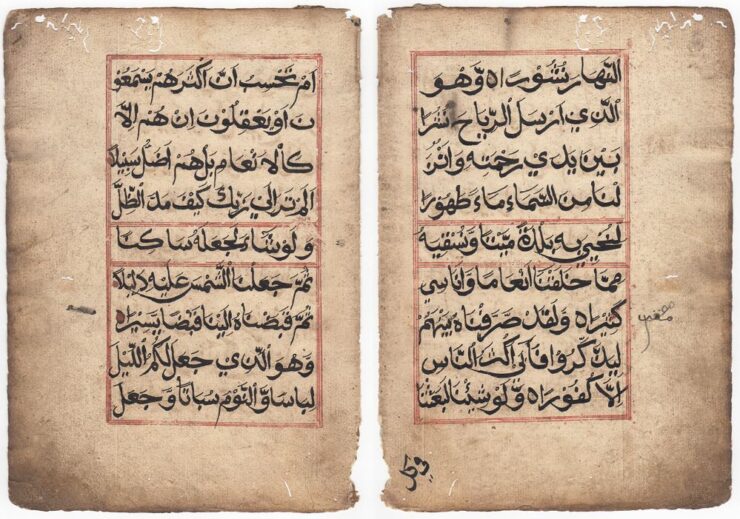 There are many scripts in Arabic calligraphy ranging from Kufic (square-shaped) to naskhi (curvy and rounded lettering). Calligraphy flourished under the Umayyad dynasty (661AD to 750AD) in Damascus, but it did not become systemized until the Abbasid era (750AD to 1258AD).[i] As Islam spread its reach, so did the Arabic language and with it emerged new styles and variations of calligraphic patterns. The Ottomans created a script called Diwani, which is one of my favorites. The romantic twists and diagonal curves encapsulate not only the mind but also the heart.

I decided to have a go at creating an Arabic calligraphic piece for one of my projects at university. I was not expecting a masterpiece but I certainly did have fun. It is not as easy as it looks and creating the right curves with the pen is difficult. To hold the pen and then twist it at an angle – I almost sprained my wrist! I realized then the years and years of practice and perseverance required in order to master this splendid practice. Thus, I have decided not to give up and to keep practicing. It is improving my handwriting and certainly is enjoyable.

Sadly, this centuries-old art is dying, despite being one of the pillars of Islamic art and architecture and a part of our Islamic historical and cultural identity all around the world. It is our inheritance and we would do well to conserve it. 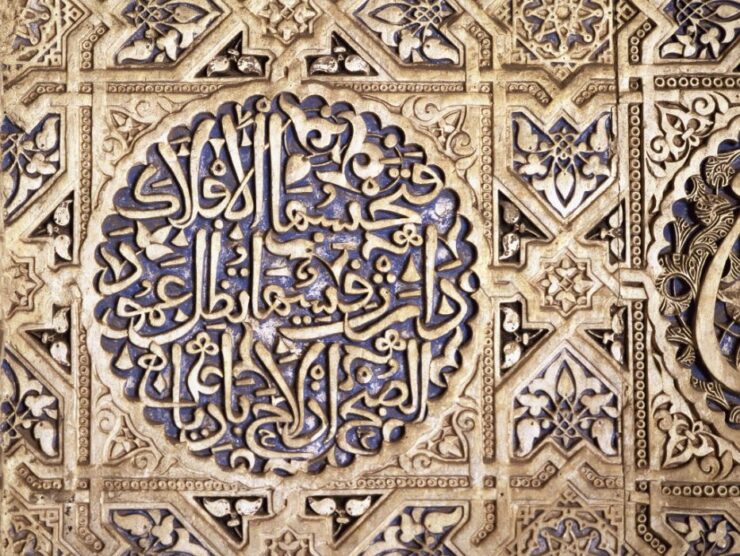 After all, it is reportedly the first thing that Allah created. After its creation, the pen asked: “What should I write, my Lord” Allah replied, “Write what was decreed about everything until the last hour comes.”[ii]

Learning these techniques may not be something which may be of interest to us, but it could be something our children may enjoy participating in. Perhaps this Christmas or for someone’s birthday, instead of a tablet or a brand new PS3 game, we can take a step back and buy someone a qalam –  possibly the most powerful gift of all time.

Book Review: The Hijab of Cambodia