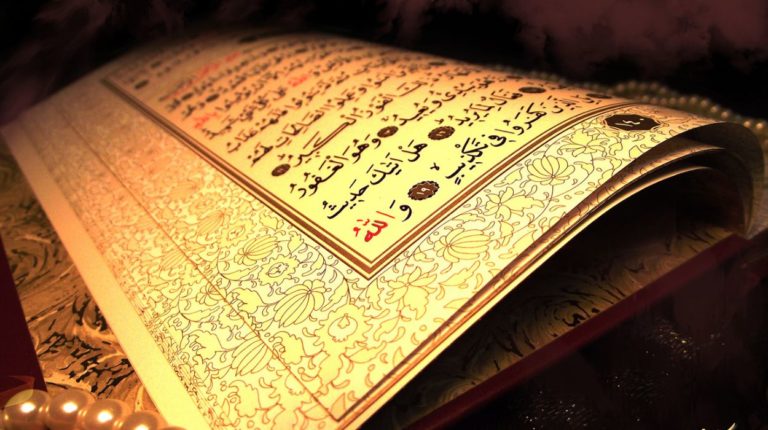 Listening to recitations of the Holy Book has helped improve Fajar’s brain function. By Khairina Nasution.

Although unclear, his voice is confident when answering questions about Qur’anic verses. He may not be able to read Arabic, but he can recite the Qur’an.

The extraordinary little guy is Fajar Abdurokhim Wahyudiono, 10. What makes him so special was that he has memorised the entire Qur’an, despite the difficulties he faces. His ambition is simple and noble: to become an imam of Masjid al-Haram, Mecca.

“Fajar loves the challenge of completing or looking for a specific verse. Not so much with reciting,” said his mother Heny Sulistiowati, 35, at their house in Karanganyar, Central Java.

His ability to memorise the Qur’an was in part thanks to Heny and husband, Joko Wahyudiono, who believe that the Qur’an is the cure for all ailments. When their son was born prematurely on October 2, 2003, they regularly played him recordings of the Qur’an.

Because of his low birth weight of only 1.6 kilos, Fajar had to remain in intensive care. When they came to bring him breastmilk, Heny and Joko also brought along a recording for the nurse to play.

“I told the nurse to play the cassette once in a while for my child. At that time, the NICU usually played music.”

Playing recordings of the Qur’an continued after Fajar was brought home. Heny and Joko were very selective as to what he was allowed to listen. It’s also why they decided not to have a TV and or listen to music at home.

“A child has to listen to good things. Everything from the Qur’an is good, so that’s the best thing,” Heni said.

Up until he was two months old, Fajar was just like other babies. It was only when he turned three months that Heny realised there was something different about him: his development was slow. After consulting a pediatrician, they discovered that Fajar had CP. The doctor said it could have been caused by his premature delivery, as parts of his brain had not fully developed. 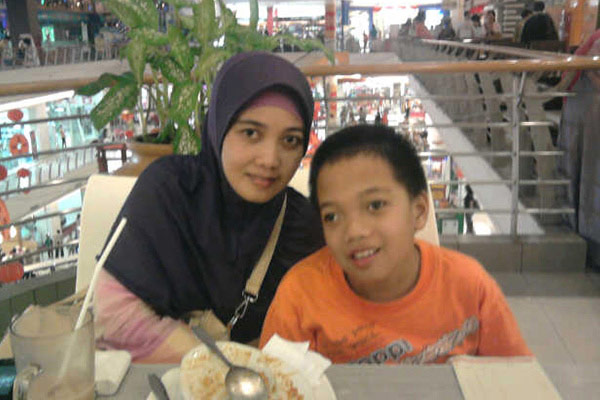 Together with physical therapy, Heny continued with the cassette recordings. At age three, when Fajar showed interest in images, Heny bought an interactive CD of the Qur’an. And that was how he learned the Arabic alphabet.

He first spoke around the age of three, and the first thing out of his mouth were snippets of Qur’anic verses. At first, his parents could only make out the end of the verse Fajar was trying to recite. Later, they could hear the beginning and the end, and finally they could make out the complete verse.

When he was almost four years old, he had memorised the entire Qur’an. Then, he began to ask his mother to find a verse for him. Not a hafiz herself, Heny was overwhelmed and found for him a female Qur’an teacher. “Six months into it, the teacher said that Fajar had memorized 80-90 percent of the Quran, although not in order,” she said.

He changed teachers twice and in December 2012, at the age of nine Fajar had finally memorised the entire Qur’an – sequentially.

What’s more, the regular listening to the Qur’an seems to be improving his condition, according to Heny. A brain test at age three showed that his brain was experiencing seizures. Recent tests showed that these had vanished. A MRI test revealed empty spaces in Fajar’s brain, which usually indicates hydrocephalus, a condition where the brain swells from excessive fluid. However, Fajar does not have this condition. Today he even goes to public school, while his motor and cognitive skills are improving.

“This is the miracle of the Qur’an, it wakes sleeping brain cells. Alhamdulillah, Fajar is experiencing the blessing of the Qur’an,” said Heny.