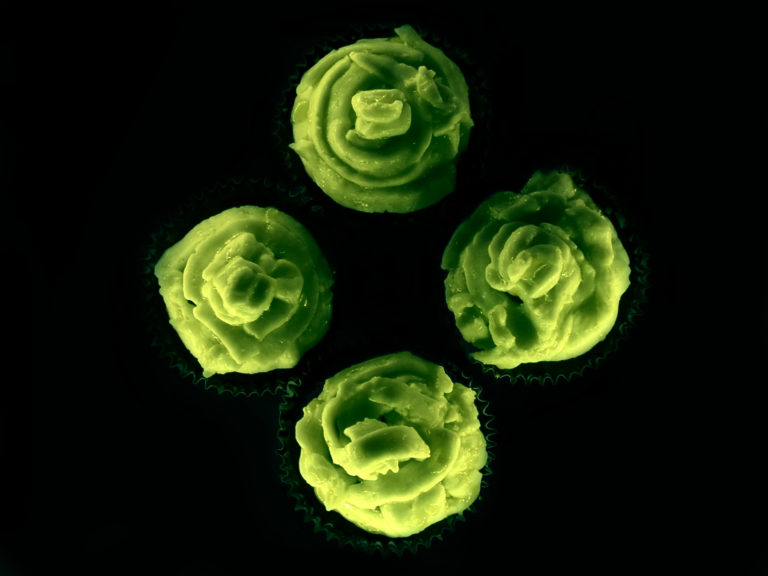 Cupcakes, or “a cake baked in small cups” as they were known back in the 17th century, have maintained their popularity up to this day! Taking this on-going craze to yet another level, foodsnots shares how we can make glow in the dark cupcakes.

Using your favorite cupcake recipe, bake your cupcakes and allow them to cool.

Now, are you ready to find out the secret ingredient?

It is tonic water (diet one, works too!). While quinine in tonic water gives this beverage its distinctive flavor, it also gives out a glowing effect under ultraviolet light as it has fluorescent optical properties.

Here’s how you can incorporate this substance into your cupcake making procedure:

So, there you have it!