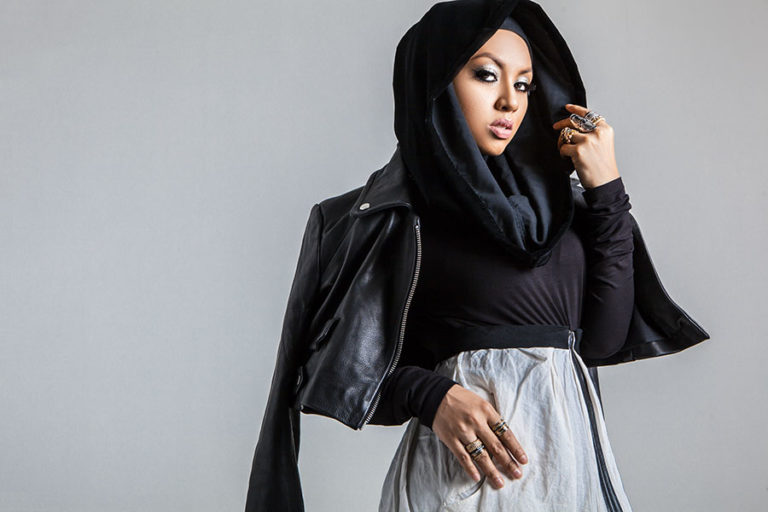 Having once performed alongside the likes of Usher and Bruno Mars, the Malaysian celebrity shares how hajj changed her, embracing hijab, meeting her husband, and the emptiness of the entertainment industry. She spoke to Omar Shahid.

In 2013, Shazrina Azman aka award-winning singer and songwriter Mizz Nina still had her sights set on the big time. Having taken Malaysia by storm, she began breaking into the international scene, performing with the likes of US hip-hop star Flo Rida and Justin Bieber. At 34, she has a successful fashion line and was named a 1Malaysia Ambassador by the Malaysian prime minister for contributions towards nation-building. However, while her dreams were getting bigger during the peak of her career, she felt a void; a voice telling her that something was missing.

Although her career was flourishing, there were a series of major events that forced Mizz Nina to reflect deeply on her lifestyle – one of the pivotal moments being the devastating death of her brother. But it was the hajj she performed in late 2013 with her husband, Noh Salleh (from Malaysian indie band Hujan) that was to completely transform her life. It was this trip that gave her the clarity she was seeking and made her realize she had been looking for happiness in all the wrong places. She began fully practicing Islam, wearing the hijab and has not looked back since. Although she was born a Muslim, today she feels like a convert. 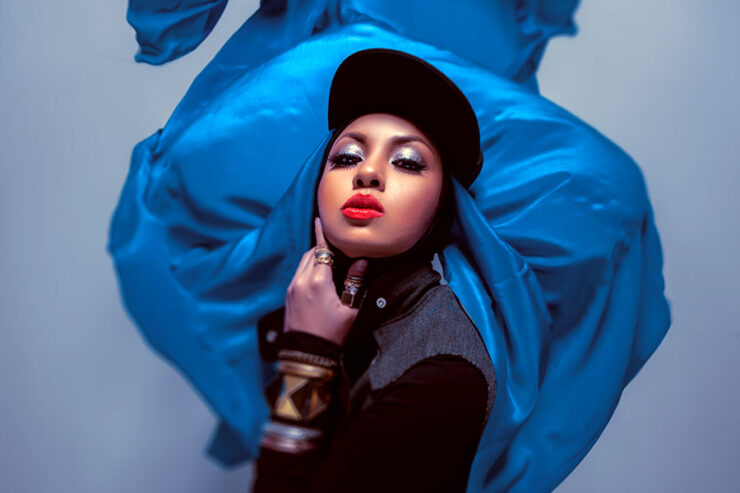 Omar Shahid: How have things changed for you since you left the music scene?

Mizz Nina: I feel so blessed that Allah has shown me the right path. I don’t regret the move that I made and the path I’ve chosen. A lot of people can use my story as a way to inspire them, to come closer to the deen. People say to me “Don’t you want to go back to your former life?” I don’t, I’m much happier now.

Before, it used to be a case of me wanting to please everyone else: my fans, the music industry. But now it’s about: how do I please Allah first? That’s how I focus my life now. When I came back from hajj last year, I realized a lot of things. I had to sacrifice a lot of the things I was doing, even my album, for this new focus I have. I’ve realized that the more sacrifices you make, the more Allah gives you.

Alhamdulillah, the transition was quite easy, my friends and family were supportive. But a lot of people didn’t understand. They didn’t get why it was so drastic. But if Allah opens your heart, you won’t find it difficult. Going to hajj was one of the most important moments in my life. I thought there’s no way I can come back and be the same person. 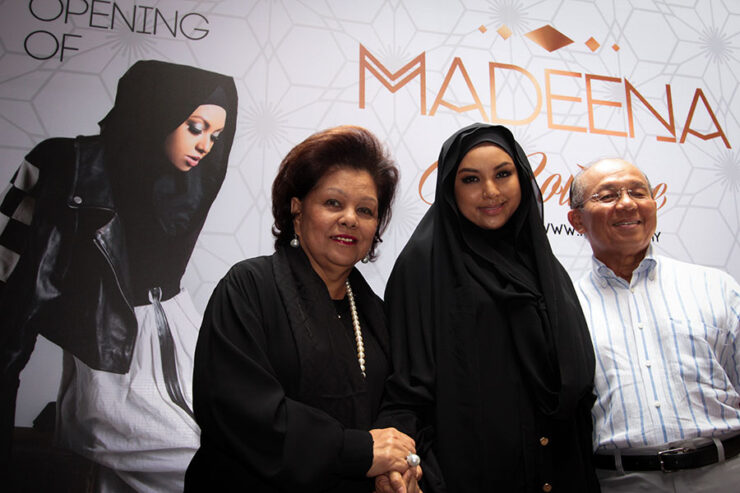 What was your life like during the peak of your career?

My life was on repeat and every day was pretty much the same. I trained, went for dance class, singing classes, shows. I also traveled around Asia and the US. It was all about coming out with new tracks. You produce a new album and then you think: let’s do it again. But in terms of my happiness, it wasn’t there. At one point, I was quite happy, but the lifestyle gets really tiring. Being on that stage, trying to be someone you’re not, trying to impress people. That’s one of the reasons why it was easy for me to make that change. I was in bad company, in a bad environment, performing at clubs, surrounded by alcohol. I really wanted to change the pace of my life.

How did your family react to your music and your lifestyle?

When I first started out when I was 13 or 14, I was rapping in the underground scene. My family were really against it. But then they realized that I was very serious and they began to support me. They have always supported me, through thick and thin. 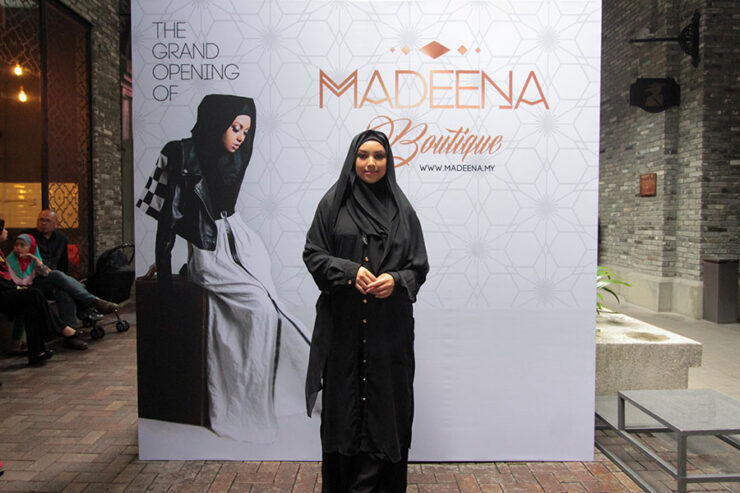 How did they react when you embraced Islam?

They respected my decision. Things have been so much more beautiful since the change. I’ve seen a change with everyone I love around me.

What does the hijab mean to you and why did you start wearing it?

It’s essentially an act of worship and my dress code as a Muslim woman. Allah has asked us to wear this to cover ourselves. The hijab means respect, modesty and protection. I began wearing it because as a Muslim woman and as a wife, I felt like it was the right thing to do. When I first put it on, it was an accomplishment. It was me saying to Allah, I am doing this for You. It’s about submitting. 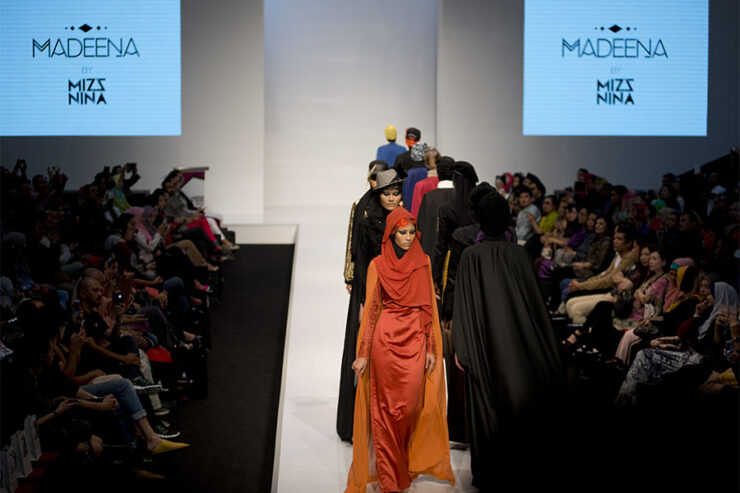 Where did you meet your husband?

We met in 2009/2010 through music. As soon as we met, we got together, and we discussed marriage straight away. He has inspired me to be a better Muslimah. The hajj was a journey together with my partner and was really special.

What would you say to other music artists who aren’t happy?

Whether you’re an artist, or whatever industry you’re in, it’s important to have a balanced life. If you have a hectic lifestyle, you need time for prayer. Prayer was what helped bring me closer to Allah. To have a personal conversation with Allah is really important.

What did you make of the music industry?

In Malaysia, it’s big and competitive. When I was trying to go international, it was even more competitive. There are a lot of expectations, about how you look and what you do. It’s not real. The entertainment industry, I find, is false. A lot of things people do is just… it doesn’t make sense to me anymore. You have to be strong to survive in the industry. You need that time out to think, reflect and refresh yourself.

Do you have any other plans to sing or perform?

I want to do more poetry and spoken word. I’ve been listening to spoken word artists Boona Mohammed and Muslim Belal. But I don’t plan to get into too much music, I’ll leave that to my husband [laughs]. I need to acquire more knowledge. But let’s see, maybe next year I might get inspired to start writing again. 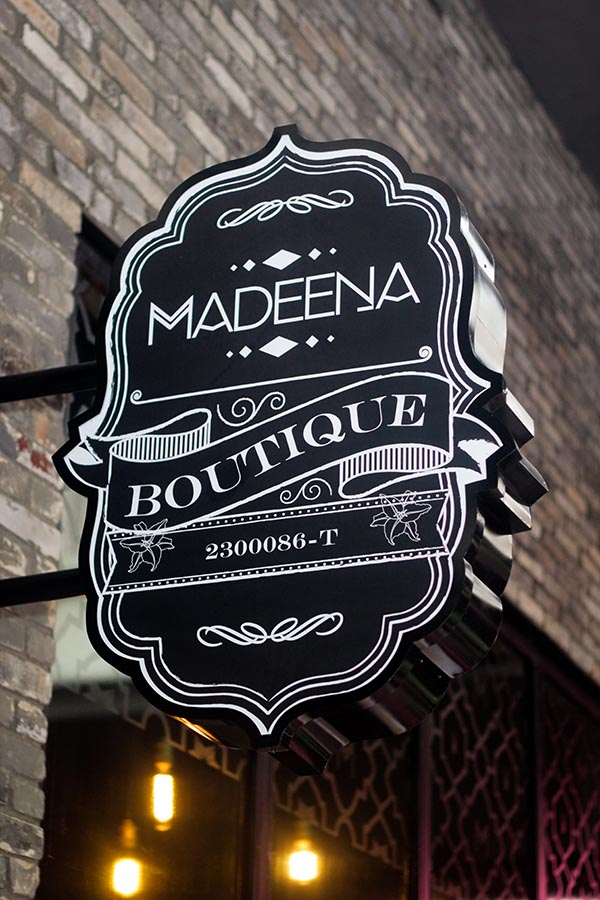 What are you up to these days?

One of the things I enjoy is going to my weekly Qur’an classes. I’ve also launched my very first boutique in Kuala Lumpur – in fact, I’m here right now. We’ve had a really good response so far. I’ve been busy with the store, making sure I’ve got the designs in and making sure I’ve got the right collections. I’m just trying to figure out how I can run my business so that it will benefit me in this life and the next life. There’s no point starting something in this life if it’s not going to help me in the next, right?