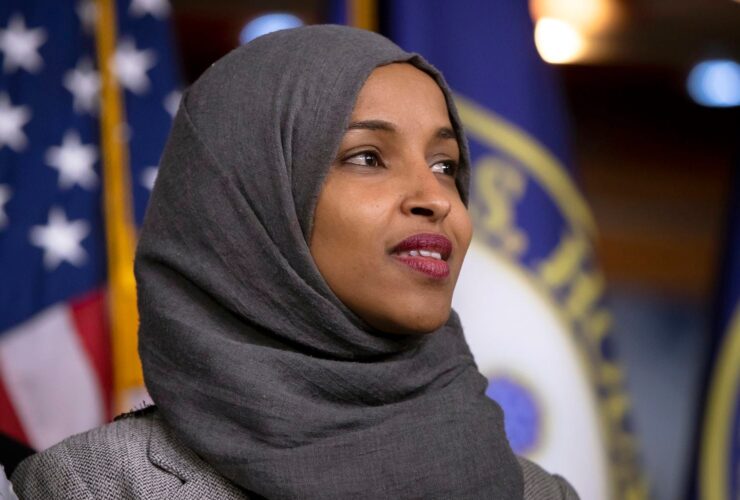 The overwhelming focus on hijab contradicts the principles of modesty and moderation, writes Sya Taha.

When I was still a student of gender and development in The Hague, I was having a discussion with a Muslim friend from Rwanda. As we spoke about the norms of coverage when it comes to traditional dress, our focus shifted to a Palestinian friend who we always saw wearing a headscarf.

But you know, she has a bump at the back of her hijab. That’s haram, concluded my friend, wrapping up the conversation. She was referring to a hadith that derides women who wore headcoverings in a way that resembled camel humps and alleges that they will not enter Paradise.

This short exchange summarised what, for me, is the contemporary hijab phenomenon. The focus on appearances and legalistic rulings obscures the mass consumerism and unethical consumption that surrounds the beauty industry.

Search hijab on YouTube and you’ll immediately find a plethora of hijab tutorial videos. On the Internet, this topic shifts slightly towards the apparent need to reconcile fashion with hijab. Some believe hijab should be as modest as possible (and include one’s speech and behaviour), while others don’t see why hijab as a dress code should stop them from indulging in shopping and questions of style.

Each camp is often criticised: the modest camp is sometimes considered too overtly prudish and dressed unsuitably for modern and secular life, while the stylish camp is often the target of the disdainful and patronising camel’s hump hadith. The response to mainstream media images of oppressed Muslim women and attempts to show that Muslim women are suitable citizens have unfortunately gone down a very capitalist path.

Despite aspiring to adhere to a dress code accepted as suitably modest and Islamic, many Muslim women remain caught up in a conception of femininity that objectifies women. In general, that women – whether Muslim or not – should be fair, thin, beautiful, and demure. Well-meaning friends and family reinforce these ideas by encouraging the use of sunblock and discouraging too much sport (lest one gets too muscular) or talking too loudly. When I used to wear hijab, I was often chided for not wearing sufficient accessories, and not wearing enough makeup – I didn’t look pretty enough despite this not being my aim of dressing modestly.

This obsession with the ideal woman is demonstrated by the visual marginalisation of plus-sized women and women of colour in the fashion industry in general (including the Muslimah industry) and women activists and athletes in the mainstream media. In any commercial magazine targeted at Muslim women, compare the number of pages dedicated to hijab styling or makeup with sport, art, music, humanitarian work or science.

In contrast, Muslim women that do not wear hijab are often framed as though they must justify and reconcile how they can identify as Muslim women. The hijab is reified by World Hijab Day which encourages non-Muslim women to try on hijab for a day – illustrating how the multiple experiences of Muslim women are reduced to the wearing of hijab.

In my Muslim community in Singapore, there is also a clear virgin-whore binary:  Muslim women that wear hijab are good and devout believers, while those who do not are party girls or somehow deficient in their faith.

Our focus on appearances is problematic enough. However, it also masks a larger problem of mass consumerism in the Muslimah fashion industry. American socialite Wallis Simpson once said, you can never be too rich or too thin, a maxim that appears to be taken up by some Muslim women in the form of too many hijabs and fashion-forward yet modest clothes. This is partly due to the norms of femininity that prevail in any society – including Muslim ones – with a significant middle class. Muslim women cannot just wear a cotton scarf; they are under almost universal social pressure to layer their outfits, match the colour of their hijab, and wear makeup.

All these norms require Muslim women to invest a significant amount of time and money. Without an awareness and activism around ethical buying, the principle of modesty and its connection to moderation of all kinds is lost. Without a broader sense of the ethics behind all of our actions (beyond the legalistic, covering awra), including an ethics of consumption, I believe that our goals of dressing modestly are in vain.

In the Qur’an, God encourages us to consume without abuse (2:60) or oppressing others (20:81). A modest dress code needs to be urgently linked with ethical buying in the light of the recent collapse of the Rana Plaza garment factory in Bangladesh that killed at least 1,129. Garment factories in not only the developing world but also the developed world tend to be filled with women of colour. Zara, H&M and many other large clothing retailers also rely on low-wage labour throughout the world (although they have recently committed to improving work safety standards). This means that much of the clothing so favoured by young Muslim women is made by marginalised women (and men) around the world – many of whom are Muslim, too.