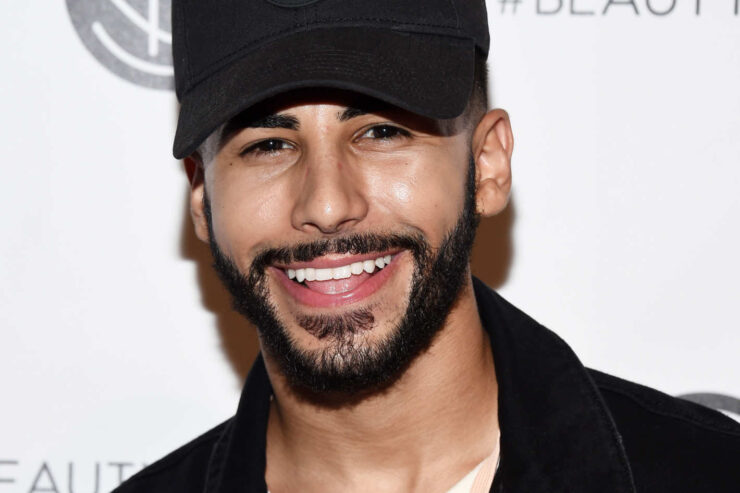 While these two highly idolized young men generate positive interest in Islam, they are also learning that fame comes with responsibility. By Omar Shahid.

Last week, YouTube sensation Adam Saleh, fed up with all the hate and negativity he receives online, posted a shocking video of himself breaking down into tears. This follows a similar video in July by Yousef Erakat (known online as Fouseytube), who posted a video controversially called Why I Wanted to End my Life. Both YouTubers claim they have been subject to an unprecedented amount of judgment, abuse, and criticism, not by anonymous trolls but by members of their very own faith.

Adam, a video blogger from the US who forms half of the duo True Story ASA, recently came back from a three-city tour of Europe. Whilst in the UK, Adam was mobbed by a huge crowd of screaming girls at each of his organized “meets and greets”. Ameera Al Hakawati, writing for this website, described the scene in London:

“All you could hear were screams and thuds as a stampede of women swarmed him, almost knocking him off his feet. The shrieking, shoving, pulling, grabbing, yanking and clawing created hysteria bordering on horrific. One fan pulled his baseball cap off and another grabbed his hair, and that was it. The mob had completely surrounded him. He had nowhere to go, his words inaudible over the shrieks of hysterical hijabis. Scarves were being torn off heads as girls desperately tried to grab a piece of him.”

Scenes like this have been taking place for decades within pop music. Think the Beatles, Elvis Presley or in recent times, Justin Bieber, Chris Brown and other young popular stars. But it has only recently begun taking hold of the Muslim community. For the first time in Islam’s history, we are seeing the rise of a new generation of Muslim celebrities who are treated in the same way as A-list celebrities in the film and music industries.

Naturally, Muslims find it strange – if not completely unacceptable – that Muslim celebrities are being idolized to the extent that Muslim girls donning the hijab (a symbol of inner and outward modesty) will run after them screaming, doing anything to touch them. To many Muslims, this behavior borders on insane.

But whose fault is it that Adam and Yousef are idolized excessively? Some claim that they enjoy and somehow encourage the attention – both performers, for example, take endless amounts of selfies (including topless pictures), leading to accusations of narcissism. Adam has even been compared to Dajjal, or the antichrist, for having the ability to whip up such hysteria. He uses the best camera for Instagram (search here for more info) and knows how to create content that will appeal to his followers, however, he fails to grasp what might have caused a public outcry.

Whatever the case, both YouTubers have come out to express how hurt they are by the constant judgment and condemnation of everything they do. In their respective videos, Yousef and Adam implore their viewers to stop judging them, to accept that they are just human beings and not perfect, and to pray for them, rather than continuing to disparage them publicly.

But do they deserve sympathy?

“I think in a way Adam Saleh is to blame because the way he was acting around the girls [at a meet and greet event in London] was a bit [childish] and he kind of wanted attention. But the girls should also know their limits,” said one girl from Birmingham, UK, one of the cities Adam visited on his recent tour.

And this is exactly the point. Yes, girls need to act more responsibly, but Adam, knowing he is loved, adored and admired, also has a responsibility to discourage any behavior that isn’t appropriate.

“Adam has the type of fans that, even if he ran across the street naked, they would still defend him,” says Ali, a UK-based YouTuber who makes videos about Islamic issues.

Yousef’s video describes a recent trip to Los Angeles during which he walked past a tattoo parlor and in the spur of the moment, decided to get inked. Soon after, he got another one, but this time, it was even bigger and more visible. However, the realization of what he had just done soon hit him – and hit him hard. Tattoos are seen as extremely dishonorable in most Arab and Muslim families. He faced a huge problem: how could he possibly show his family and, perhaps even more worryingly, how could he show the world? The fear of judgment by the Muslim community quite literally drove him to depression.

At this point, we need to pause and reflect. How did we become such a judgemental community, not a community of nasiha (advice) and forgiveness? In a time when Muslims are on the back foot, ridiculed and abused, shouldn’t we be helping the public figures in our community, not bringing them down?

We don’t know anybody’s intentions; it is Islamic to presume the best of people. Adam and Yousef are inspirations to boys and girls alike. They generate positive interest in Islam and are raising awareness of political and social causes that need to be addressed. But with fame comes problems. Both stars would be foolish not to expect hate when they label themselves as Muslims to the world and do things that aren’t always Islamic.

Ultimately, it comes down to whether they are doing more good or bad. Are they mostly benefitting themselves by raking in money through YouTube hits or are they inspiring a generation of young people and helping to shatter stereotypes?

Do you have sympathy for the two YouTube stars? Leave your comments below.