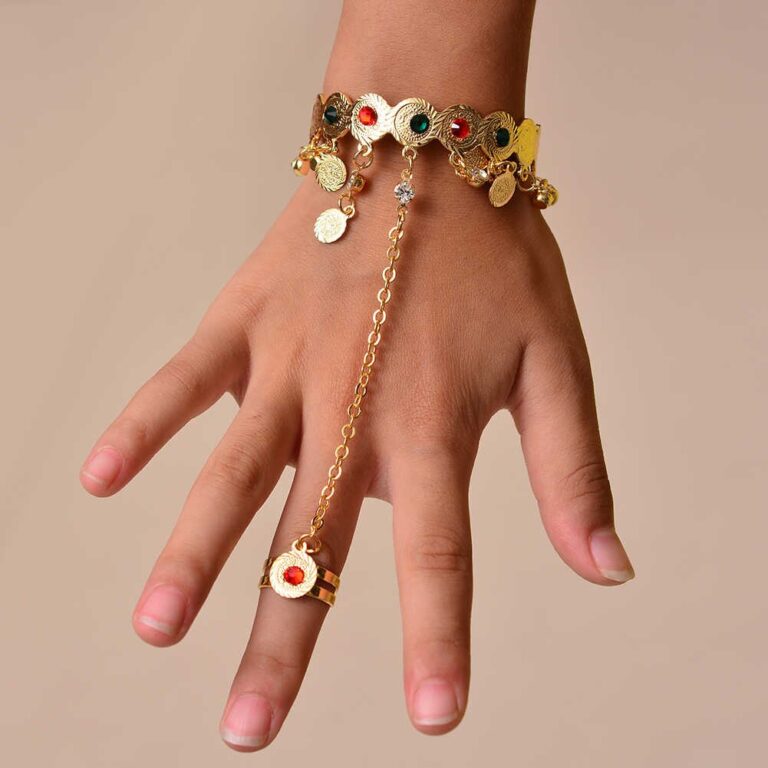 Many people would say that jewelry is the earliest example of art. Yes, nowadays, in most parts of the world, jewelry is adored for its beauty and the sense of prestige and wealth it provides. However, the truth is that people have been making these pieces from the first moment they discovered metal and saw the beauty of the gems.

In this article, we will focus on jewelry from the Middle East. We will introduce you to some of its breathtaking features and talk about the symbolism behind them. After all, you will see that the story behind this tradition is fascinating, and upon reading the text, you will probably start looking for a piece for yourself or a loved one.

The very first thing that is interesting about these pieces is that most of them reflect the history of this world. For example, ancient Egyptians found inspiration in landscapes. It is why their pieces usually depict snakes and scarabs. The later ones had specific religious importance. As you may know, Egyptians believe that the god Ra ruled over all parts of the world. According to their belief, he rolled around the Sun and Earth every day, creating a heavenly circle. Well, since scarabs or dung beetles roll dung into balls, people found a similarity to the transition of the day and night, and they were also considered to be a reflection of rebirth and death.

On the other hand, this practice of displaying animals and using them as inspiration for jewelry pieces was forbidden in other parts of the Arab world. Instead, they choose to focus on past generations that ruled the region. Therefore, if you look at their pieces, you can literally see the history revealing itself. For example, jewelry created in Algeria were influenced by the Roman and Byzantine era.

Surely, you have seen pieces that feature the hamsa hand and the evil eye. These symbols are popular all over the world, but the truth is that meaning behind them is not the same. When it comes to the Arab region, it is believed that the hamsa hand is the hand of God. It brings happiness and joy to the person who is wearing this symbol while at the same time, it protects them from evil. Sometimes this symbol also features an evil eye. The evil eye is considered to be an evil stare that can cause illness, bad luck, and death. So, by incorporating this symbol into the hamsa hand, the amulet will protect people and defend them against any harm. If you are interested in seeing examples of Arabic jewelry and Middle Eastern jewelry that depicts this symbol, visit www.nano-jewelry.com.

As you probably already know from history lessons, in the Arab world, jewelry was considered to be a status of wealth. In the past, only people from higher circles of society wore it. These were wealthy people who held important roles and, of course, royalty. They used these breathtaking pieces and gems to display their power and wealth.

Generally speaking, there are also some guidelines when it comes to who can wear accessories. Did you know that it is prohibited for men to wear it? The only occasion when they can have it on themselves is if they are about to gift it to their wife. In Islam, they are only allowed to wear one silver ring.

There is another interesting fact regarding the monetary value of the jewelry. Ever since ancient times, women were considered to be the main caretakers of the children and family. Well, in case their husband died, they could use the pieces they owned to support their family.

What about modern pieces?

Now that we have introduced you to some early examples of Middle Eastern jewelry let’s discuss some modern pieces. If you were to compare today’s accessories with the one created many centuries ago, the very first thing you would notice is the difference in the design. Yes, the main feature of modern pieces is simplicity. Generally speaking, necklaces and bracelets no longer include large beads. However, this doesn’t mean that designers don’t draw inspiration for ancient times and symbolism. Even though modern jewelry is simpler, designers still include intricate designs and inscriptions.

Who are the most popular designers?

Before we conclude this article, let us introduce you to some of the most beloved designers of this jewelry.

First of all, if you prefer simple designs with maybe a touch of color, our advice is to investigate Donna Hourani’s collections. Women all around the world love her work because they can wear these pieces to accessorize their everyday outfits. The best part that every time Donna works on a new line of jewelry, she draws inspiration from different things.

There may be a story behind these, a specific person, or some natural elements. Basically, it will be very easy to find your new favorite minimalistic necklace or bracelet that speaks to you.

On the other hand, if you prefer something fun that includes many colors, you should check out Noor Fares’ collection.

According to her, she designs accessories “with a soul,” which is why she oftentimes uses stones that carry ancient symbolism. We have already mentioned some of the magical properties of talismans, so her line is a perfect opportunity for you to get your own amulet.

Finally, if you are looking for something elegant yet edgy, check out the Jude Benhalim brand. Some would describe these pieces as feminine and classic, but at the same time, they are also fierce and daring. You must admit that this is an interesting combination.

To sum up, in this article, we have introduced you to some basic details regarding Middle Eastern jewelry. As it is to be expected, these pieces depict tradition and culture that has been around for many, many centuries. The beauty of the gems is extraordinary, the design is intricate, and even a lot of modern pieces include ancient symbols, calligraphy, and inscription.